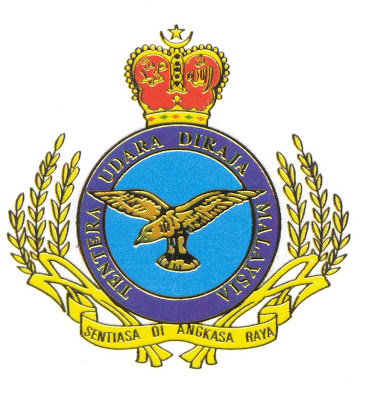 It took 2 years of investigations before they discovered one (1) F-5E jet engine missing, but in the last 24 hours, they found another one lost. I’d say we should sack the investigators from 2007 and reinforce the ones who found the recent loss which took 729 days less to discover. LUDRICROUS!

The authorities have finally indentified a local company and a few low ranking personnel of the Royal Malaysian Air Force (RMAF) involved in this treachery. The Minister in charge says that there were no high ranking officials involved. Does that mean that the transfer of machinery worth RM100,000,000.00 ( Ringgit Malaysia : One Hundred Million Only ) from the local base to a foreign country belonging to the Royal Malaysian Air Force could be signed off by just a low ranked “ Sarjan” ? We shall see with disgust in the coming weeks ahead. Let’s hope these low ranked officers who are probably SPM ( Form 5) qualifiers with “ high profile International connections “ aren’t made sacrificial lambs to save a few Generals.

The RMAF should be stripped to the core like they stripped the F-5E Tiger II and RF- 5E Tigereye fighter/reconnaissance jets for its parts, to see who the main rats are and what they were eating into. A thorough audit should be done with the entire Armed Forces to really take stock of the weaponry and artillery not to mention the inventory of the back-up machinery to be used as spare parts.

Let’s hope the Government represented by its Minister in charge refrains from issuing statements other than that a full public disclosure is forthcoming and those involved will be smashed to bits with the full brunt of the law. An ineloquent Minister will make anxiety levels high and the Rakyat’s patience thin, making the Barisan Nasioanal Government look rather daft.

BLOODY OUTRAGEOUS! What else is there to say people? A RM50 Million F-5E jet engine belonging to the Royal Malaysian Air Force vanishes into thin air. Even David Copperfield couldn’t pull this one off! Only in Malaysia!

According to a news web, Datuk Seri Zahid Hamidi, The Minister of Defense said that the disappearance was discovered in 2007. After two years of investigations, not even one Air Force personnel has been charged or taken responsibility. On the contrary, General Tan Sri Dato’ Sri Azizan Ariffin who was the Chief of Air Force from 30 October 2006 to 30 August 2009 got promoted as the 17th Chief of Defense Force, Malaysia on 1 September 2009 . Again, only in Malaysia.

This crime should be classified as high treason which is punishable by death as it is without a doubt an act of disloyalty to the sovereign or nation. The traitors conspired to facilitate and complete the transaction enabling foreign agents to take delivery of a property of the Ministry of Defense, Malaysia.

The perpetrators should be taken to task and their punishment be given full exposure in the media making an example of them to the Rakyat. As a tax-paying citizen myself, I’m wondering how the Defense Forces can defend our country when it is necessary while they can’t even safeguard a national asset that was in their possession? National Security was very seriously breached. A crime of this magnitude must involve more than a handful of people from the ordinary personnel right up to customs, if they used the “proper” channels to transport the merchandise abroad.

I dread to think how the security of RMAF 1 and 2, the air transportation of the Honourable Prime Minister and his Deputy, and other information on our national defense are handled. Perhaps if there is such a thing as a court martial in Malaysia, the punishment could be meted out at one of the RMAF hangars through death by gunshot to the head witnessed by all personnel involved in the security of our defense bases as a “subtle” deterrent in the future.

There should be absolutely no compromise when it comes to National Security.

Not only it is repulsive...n repugnant...I completely and utterally repudiate of such act especially by our most trusted men n women in the force! It only cries out a big billboard signs displaying - potential acts of abusing power, manipulating money and destruction to the integrity n credibility of the country n the govt. of the day!

The findings …. I'm sure will be destructive in the extreme and its activities constitute treachery! What has gone wrong? We know the 'where' and 'why' …sold to South America and naturally becoz of money !.... but the real question is HOW? This must be addressed so that the course of our military intelligence and Royal Malaysian Airforce can be altered to prevent the loss of what all those in past wars and conflicts have sacrificed so much in order that we might enjoy the freedom and life which we have today.

Salam Tg.Harun,
I remember reading two years ago about Tony Fernandes announcing Airasia wanted to buy Boeing planes; only the full furnished cabins.Engines from other sources.He did not disclose the sources for the engines. In Malaysia genuine parts from HICOM end up in the market with motor parts dealers.Perodua parts also find their way to dealers.They are leakages at the original sources due to corruption.We have gone beyond point of return. Orang kita sudah hilang jati-diri.Treason is an unpardonable crime.Our prosecution teams are diligent in pursuing Saiful's ass while the country get buggered!
Should citizen Nades were to expose this missing engines, he would trigger-happy unravel the puzzle like how he did PKFZ.

These abuses in the Armed Forces are not new. I remember in the 80s, someone high in the force had a hand in supplies and rations and charged a Ringgit for a packet of Maggie noodles then. Most Generals retire wealthy and will be involved in businesses relating to the armed forces creating a fraternity that is unpenetrable to outside businessmen.

What baffles me is that instead of having the engine shipped out for servicing abroad, it could have been cheaper to fly down the engineers and mechanics to service them here twice a year. It should have also been factored into the contract to include that sort of after-sale service from the US.

This outrageous deal only proves that it was premeditated and not coincidental.

Your comments hit the nail on the head and it's good to get to remember events of the past which haven't quite changed yet unfortunatley.

Keep you "straight shots" coming Sir, we can trade stories here for the benefit of our readers who may have been in school during those times.

Thank you. I'm glad you appreciate my sense of humour.

If you look at their motto, it says " Sentiasa Di Angkasa Raya". Hope you like the caption that goes with it too. Very appropriate no?

Are we not doing another open letter to PM seeking him to resign for losing the jet engin??