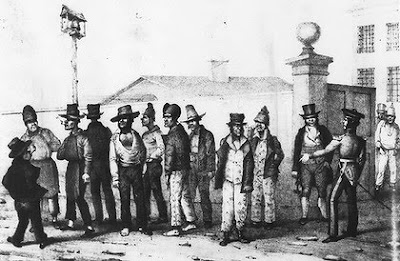 
We shouldn’t be expecting less from Members of Parliament of a country that was used as a dumping ground of bad hats, crooks and social discards from Great Britain.
In the 18th and 19th Centuries, a large number of convicts were shipped from Britain to penal colonies in Australia established to ease the pressure of overcrowded penal facilities on the British Isles. During that period, over 165,000 convicts were transported down under, perhaps numbering well over a quarter of the population at that time.
These 50 MP’s from Australia supporting Anwar Ibrahim could very well be their descendants trying to cleanse the past of their forefathers by attempting to look righteous using the title of “The Honorable Gentlemen” , fighting for the premature freedom of a known power abusing criminal politician, and the abortion of justice in our blessed country.
The Aussies should know that every bitch has its day, even in a Malaysian Court of Law. They should stop barking for this particular one and start looking at their own backyard for injustice, essentially pertaining to the Aborigines. 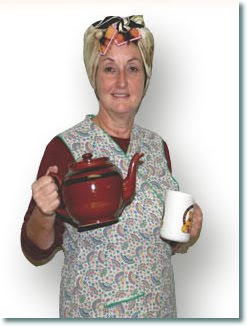 Could someone like this be receiving the Memo from KJ at the Embassy tomorrow?
The BN Youth Chief is said to be organizing a peaceful demonstration and presentation of a protest memo to the Australian Embassy on the morrow, 17th February 2010, at 10 a.m. Firstly, expect the embassy tea lady to accept the memo on behalf of Australia, if they want to redicule us further. That way, the Youth Chief won't have an epileptic seizure if it does happen. Secondly, I hope to see youth members of the other parties within the BN in participation. If the BN Youth Chief can’t even command respect and comraderie from them, then he should rightfully RESIGN. This is an attack on the principles of our Country and the Rule of Law in this land. We would like to see Patriots beyond the Malay race in this endeavor. The parties within the BN who fail to send representatives tomorrow should be sternly dealt with and blacklisted by the top leadership. It is time to crack the whip and make sure everyone is counted in. We must show that our leaders are more Macho than the Fairy that leads the Opposition. There is no use holding the steering wheel if you can’t drive!

YEAR OF THE TIGER MUST BE MALAYSIA’S YEAR!

The Patriot Would Like To Wish All Malaysians Of The Chinese Ethnic Origin A Very Happy New Year. May The Year Of The Tiger Be A Roaring One For The Government And People Of Malaysia Having Two Of The Beasts Guarding The Shield On Our Country’s Official Coat Of Arms.
Posted by TPJ at 12:00 AM No comments:

RMN COMPLETES JOKE WITH A SUBMARINE THAT REFUSES TO SUBMERGE!

On Surface Only
The Malaysian Armed Forces consists of three branches; Army, Air Force and the Navy.
In recent months we read about a couple of missing jet engines leaving behind only the aircraft skeletons for the RMAF pilots’ “kampong simulations” (like when we were small pretending to fly using the front rattan chairs as our craft and making our own engine noise with our voices).
A few months ago, a naval vessel caught fire. TWICE! You’d think that the fire should have been completely defeated before the vessel is put to rest, but the embers turned it into flames again. It was reported to have been towed to the base for repairs while still burning. What kind of a defense institution is this that they can’t even get their priorities right? Because of that decision, the damage was too great that it became economically irreparable.
Then we read about members of the Armed Forces prostituting themselves to certain foreign embassies in Kuala Lumpur breaching National Security by divulging crucial information about our National Defense. By the way, the authorities thought it wasn’t important enough to be given high profile attention, refusing to mention the rank of the traitors nor the foreign missions paying for their services.
Yesterday it was reported on prime-time television that the KD Tunku Abdul Rahman is temporarily out of action due to its ballast tank which is filled with air or water depending on whether the Commanding Officer wants it submerged or otherwise . I regard this as serious because what is a submarine if it can’t submerge? In the Malay language it sounds better. “ Ada kapal selam tapi tak boleh selam .” AND IT’S BRAND NEW!
We can’t blame the Rakyat if they feel vulnerable at this moment in time when members of our security forces are irresponsible, corrupt and careless. It’s a good thing that we are at a time of peace and not war.
The consultants and procurer of future deals advising the government should from now on be known to the public and be more openly accountable. There is RM2.58b allocated for Defense in 2010. Let’s hope it is spent wisely with much prudence and loyalty to the Country.

*** My buddy Tunku Muinuddin Putra (Tunku Abdul Rahman’s grandson), jokingly said after watching the movie 2012, that he’ll have a confirmed space in the Sub named after his grandfather if a situation similar to the one in the movie ever occurs. Perhaps now he would like to reconsider his options. Sorry Mu!
Posted by TPJ at 11:11 PM No comments:

THE WEEK THAT WAS

Many events transpired in the last week but I have to single out two classic stories that I consider my favorites.
NASIR SAFAR’S 1 MALAYSIA. 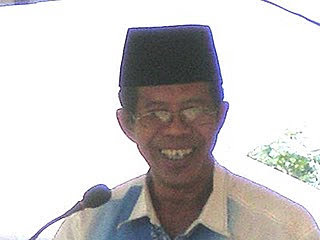 Dismissed himself in the Islamic month resembling his surname.

Former Special Officer to the Prime Minister Datuk Nasir Safar resigned from his position after allegedly having offended the Chinese and Indians in his 1 Malaysia speech. He had done 60 speeches on it previously without a glitch. In this one, he was reported to have said that “ Indians came to Malaysia as beggars and Chinese especially the women came to sell their bodies” at a 1 Malaysia seminar in Malacca. “ Since he did apologize, then it would be safe to say that it was an admission of guilt. I’m also wondering what the hell could have possessed him into doing it knowing full well that he was serving in the Prime Minister’s Office, the Primary Advocate of 1 Malaysia. If what he said after being viciously provoked, was etched in the history of this great country, then it would have been fine and unquestionable. But if it wasn’t a part of our history, then his outburst was merely his emotions acting without the benefit of intellect placing the good Prime Minister in a very awkward position.
If further action is taken against Nasir for sedition, then the same should be taken against the current MCA President, his deputy, and the GERAKAN Wanita Chief for having touched on the sensitivities of the Malays in the past without even having to resign nor apologize.

ARMY RATS IN THE BARRACKS!

Armed and Forced To Defend Themselves.

Last Thursday the Defence Minister revealed that there were members of the Armed Forces being used by certain foreign embassies to obtain secret information about our country. This is considered high treason punishable by death by a firing squad in some nations. Yesterday, the minister said that the case was regarded as closed, not wanting to issue further statements on the matter other than that it has been resolved by the Prime Minister’s department. Does that mean that they’re scot free or will they be faced with a Court Martial?

I guess we can forget about the firing squad. Knowing the reputation of the Armed Forces today, they’d probably shoot themselves in the foot while aiming at the traitors. They’re already having a tough time taking the boot out of the minister’s mouth for jumping the gun without the PM’s clearance. With BN leaders like these troubling the Prime Minister, we don’t need the opposition to do us harm.
Posted by TPJ at 12:28 AM 1 comment: