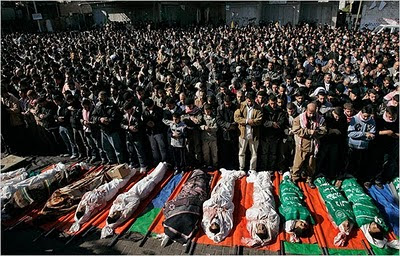 Are the victims and their families really receiving benefits from financial contributions the world over or are they being screwed by their own leaders?

I am grateful to Allah that all those involved in the Free Gaza Movement returned home safely to their families after a presumably traumatic experience on the high seas recently. While branding them as “heroes ” is quite debatable from the mass’ point of view as I have observed, I’d give them the benefit of the doubt barring the two failed reporters who were professionally assigned to the mission to report on the developments to the Nation. Unfortunately, they were inexperienced and totally untrained to be working on hostile waters antagonizing the Isreali Defense Forces. They were expected to be received unkindly and the end result, though not as dire as in our earlier projection, was somewhat as we predicted. I regret that little mention was given to a true hero in Dato’ Seri Panglima Anifah Aman, the Foreign Minister who successfully negotiated for their safe release. Another valid question I keep on hearing is what point is there in Malaysians contributing financially to the Palestinian cause when we can’t even send bare necessities to the victims? Are we maintaining their officials and missions and their lifestyles abroad or seeing to it that every penny goes to the ground? When Arafat was alive and Malaysia contributed Millions through him, how was the money managed? How did he live? Didn’t he marry a Greek Orthodox Christian who was allegedly involved in money laundering?

BACK TO THE CASH-INS. 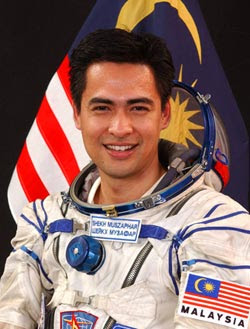 Has he gone back into space?

1. I watched the television at 5am when the officials received the hostages at the BungaRaya at the KLIA. There were speeches, press conferences, and even adjournment to the Sri Perdana for breakfast and more speeches and story-telling. Then the UMNO Information Chief Ahmad Maslan declared he will take them all for a nation-wide tour telling the people of the atrocities of the barbaric Isreali regime, something that even the Malays in the most rural areas like Ulu Kelantan and Sembrong already know. What shakes my soul from the body is why Ahmad Maslan won’t take Sheikh Mudzaffar, the Malaysian astronaut we paid Millions of Dollars to put into space around the country telling his story inspiring our future generation, the young Malaysians , our fixed assets, ultimately turning them into a handsome investment in the future. Better yet, turn him into an UMNO man and parade him in schools nationwide.
2. When Ezam quit PKR and rejoined UMNO, he was received by Abdullah Badawi, then President of UMNO. His deputy received applications from less prominent PKR officials earning the wrath of UMNO loyalists who were cursed by the same kind during past general elections.
3. Today , we read that Dr Asri, the controversial former Mufti of Perlis is contemplating joining UMNO and the President himself is expected to receive him with full media coverage.
UMNO Must Take A Step Back, Re-Evaluate Our Strategies And Capitalize On Our Strength. We Should Bank On The Costly Resources That We’ve Employed And Ensure That They Bear Fruit Before Abandoning It While Embarking On New Short Term Thrills That Look Like We’re Tricking The Rakyat No Matter How Sincere The Endeavor May Be. Good Money Collected By Malaysians For A Seemingly Good Cause Should Be Assured Of The Desired Results And Not Based On Trial And Error With Pats On The Back For A Job Not Well Done. Known Traitors Who’ve Done Much Damage To The Party In The Past, And Controversial High Profile Personalities Who Wish To Join The Party Should Go Through The Normal Process Of Sending In The Application Through The Branch Leaders Without Much Fanfare. This Way, We Will Preserve The Party’s Dignity And Make Them Proud To Be A Part Of Our Esteemed Establishment Instead Of The Other Way Around. Learn From Our Mistakes In The Past, In The Name Of Anwar Ibrahim And Seek Mercy For Our Political Future In The Name Of Allah SWT.
Posted by TPJ at 12:13 AM 2 comments:

First Of All, Please Allow Me To Apologize For The Long Absence Due To My Responsibilities At Work And UMNO Cawangan Meetings That I Had To Officiate On Behalf Of The Pulai Division.
Despite the silent prediction on Azhar Abdul Hamid taking over as CEO of Sime Darby within, Mohamad Bakke Salleh from Felda had the final nod by Prime Minister Dato’ Sri Mohd Najib, and rightfully so as Bakke enjoys Najib’s confidence having worked very well closely turning Felda which is under the purview of the Prime Minister’s Department into a successful entity on its way to matching Tabung Haji and even Petronas to an extent, given time.
MUSA HITAM SHOULDN’T OFFER TO RESIGN, HE SHOULD JUST DO IT! 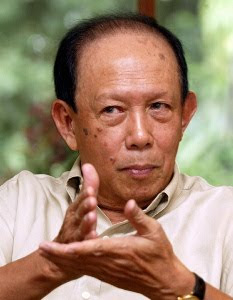 He Should Learn From Nike's Sales Pitch.

While the exceptionally low profile yet very effective corporate figure takes his position in the Conglomerate, many are still wondering why members of the Board of Directors have still not taken an iota of responsibility on the colossal loss in one of its divisions leading to its first quarterly loss and the departure of its CEO in Ahmad Zubir Murshid. Were there no warning flags flying anytime during the year? What were discussed in the quarterly board meetings? If they are not held responsible for anything of this nature, what are they actually responsible for? Are they there because of their past positions in politics wasting space and company funds without having to contribute in the its development using their past experience in corporate and political leadership? I read a few weeks back that Musa offered himself to resign. Most times an offer to resign is a disguise to camouflage one’s irresponsible action. To me and many others, he should just do it instead of throwing the idea into thin air to evaporate.

Forensic Auditing Should Be Performed On The Expense Accounts Of The Entire Board Of Directors Including The Usage Of The Corporate Jet By Certain Individuals For Private Use And Trysts ( If There Are Any). These Extravagant Perks Could Be Making Them Irresponsible, While Those Not Taking Action Against Them Look Conspicuously Unintelligent.
Posted by TPJ at 11:02 PM 4 comments: