IN THE NAME OF GOD, A RIGHTEOUS KING AND COUNTRY, SALAM MERDEKA! 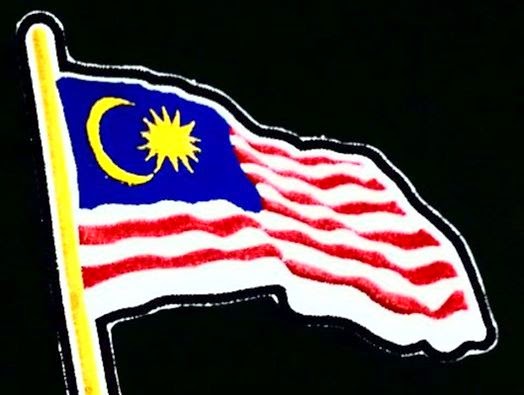 "Disini Lahirnya Sebuah Chinta" Is All Nice And Sweet, But This Country Doesn't Need Romancing Folks! It Commands Our Allegiance To Be Pledged To It With Full Conviction Without Question! Fly The Flag And Be Proud Of It! Salam Merdeka!
Posted by TPJ at 12:00 AM No comments:

Today there was news on a good idea being mooted by the Deputy Prime Minister about the WOW factor being sought for UMNO to “ remain relevant and accepted by the people “.

It is essential that we constantly search for that edge to improve on our performance and standing as a government, for the benefit of the people.

However, while our party reaches for innovation, we need to correct the serious kinks within it, that make the people look at us in disgust and dismay.

I can say that they are watching us, and how we work within the party. If we ask the people to have confidence in us yet we allow our own machinery to openly do the opposite, self-sabotaging ourselves at party level, the fence sitters will ask themselves not to bother the next time they are asked to vote for us.

I shall give you three examples that make people from outside wonder if we are indeed serious in addressing the problems that make us irrelevant.

For instance,  the Jabatan Hal Ehwal Khas (JASA) is under the Ministry of Information, Communications and Culture. Its role in translation means  “Leading pubic opinions in the direction of 1Malaysia in support of the government “.

Does it make sense that these officers work in JASA to encourage the mass to support the Barisan Nasional, yet after the people (who are not necessarily UMNO members) have voted the UMNO/ BN candidate into office, the very same JASA officers in turn challenge the winning BN MPs or State Reps in the ensuing UMNO divisional elections?

What kind of a moronic system do we have here and what is the message that we are sending to the voting Rakyat? Is it that we want them to be confident of our party man but it is alright for us not to have confidence in our own man who they voted for in the elections?

Should not they be exempted and given mandatory passes as automatic delegates considering it is important for the UMNO “wakil rakyats” to hear the debates and collectively address the issues raised?

Thirdly, UMNO’s inner system is self-destructing because “ we “ constantly sabotage each other to hold office in the party thinking that it is more important to be a warlord than to worry about the outcome of the upcoming general elections. They probably think that the "wow" that the Deputy PM meant was the "Jawi" abbreviation which stands for "Warlord".

For example, we have many agencies like JASA, KEMAS and several others that are meant to interact with the people and gather feedback for the government to improve itself.

These various agencies have their own budget, workforce and serve under their own respective ministries.  They are supposed to work for the government. Sadly, some are working for their own Ministers who have aspirations to hold higher positions in the party.

Besides going about their daily jobs, the officers also use the budget allocations and programs to gain popularity so that they can contest in divisional elections and use their influence in turn to campaign for their respective Ministers in the UMNO Supreme Council elections.

These are just a few of the umpteen examples of why we are fast becoming irrelevant in the eyes of the people. There are too many bosses and “chiefs” in UMNO with their own personal goals instead of one common mission that is to win the country and serve the people.

In that respect, these agencies are not serving the people for the Barisan Nasional government, but working for individuals in the government to maintain their positions in UMNO while subconsciously sabotaging the party’s chances in the future.

There are many wow factors that can be delivered and trust me, most won’t come from the UMNO divisions, what with the “ Singapura Di Langgar Todak “ ( a tale about leaders being threatened by intelligent minds not within them ) syndrome very much alive in divisions.

We Should Get The Wow Factors From The Social Network And Implement Them In Our Party. After All, It Will Be Them Who Will Be Voting Us In Come The Next General Elections While The UMNO Warlords Are Still Busy Sabotaging Each Other.

The One Thing Good Going For Us And Buying Us Time While We Repair Our System Is That The Opposition Is Turning Into A Comedy Court And Has Become A Real Farce.

If We Really Want A Wow Factor, We Should Address Our Problems And Adjust Our Kinks First.

We Wouldn’t Want To Be Window Dressing Without Being Able To Sell Even One Thread When The Customer Actually Enters Our Shop!

NO NEED TO REVIEW HIKE

There is a strong resistance in the recent toll hike involving vehicles traveling to Singapore and back. The pressure from both sides of the Causeway is for the government to review it.

As a State BN lawmaker from Johor, I think it is essential that the Federal Government stands by the decision made and already implemented, or we will be held at ransom on every policy that we make henceforth.

We may think that a review after a decision is made of a government policy reflects on our willingness to listen to the people but on the contrary it will exhibit our weakness and inability to thouroughly weigh the viability of a prospect while exhausting all possible measures before arriving at a decision.

Even more pathetic, if the review results in benefitting foreigners piggy-backing on our citizens servicing their nation.

First of all, most of the Malaysian motorists who work in Singapore travel on motorcycles and will not be affected.

Secondly, those who drive motorcars and lorries supplying goods and fresh food products keeping Singapore alive and healthy can surely afford to pay the toll.

Thirdly, the buses carry about forty passengers each and it costs less than forty sen per passenger a day which should be borne by the company or factory that employs the transport service, not the workers.

Taxis can transfer the charges to their passengers and since the charge is universal across the board barring motorcycles, the preference will remain the same in the service of the other vehicles.

No changes in the pattern there except if they all decide to ride motorbikes instead, which is unlikey, meaning the demand for the type of transport services are fixed.

Fourthly, they already have an alternative route which is via the second link if they want to avoid the toll at the Causeway.

Finally, the toll only applies to the vehicles going to and coming from Singapore. It is free for the rest of the motorists using the EDL in Johor.

In Conclusion, This Is No Time To Flip-Flop And Become Fickle. That Is The Way Of The Government Of The Past.

This Is The Time To Show Strong And Responsible Leadership Sending A Message To Our Neighbours That We No Longer Offer "Lunches For Free".