POLITICAL NGOs A BANE TO THE GOVERNMENT

Preserve And Protect Our Independence. Do Not Gamble With The Future Of Our Nation.

Of late, we have seen the mushrooming of non-governmental organisations serving the purpose of some aging politicians. And I have been asked why I don’t align myself to one.

I don’t see a need to join these new political NGOs as I am already in one of the best avenues to champion my political cause, which is Umno.

Furthermore, I had formed a small political think tank under the name of The Patriot Foundation, which serves to provide necessary feedback to the Government and Malaysians on basic social, political and economic issues through open channels.

While I welcome the formation of these NGOs, I question the motives behind it.

Angkatan Amanah Merdeka (Amanah), for example, may begin with noble intentions and having a blueblood like Tengku Razaleigh Hamzah to spearhead it adds to its nobility.

I've often been excited whenever this elder statesman appears for one thing or another and had looked forward to see what Amanah is set out to do.

Furthermore, Amanah in Arabic means trust and as leaders, I believe they should live up to the word.

Amanah said it wants to “re-ignite our beloved Bapa Malaysia’s legacy, promise and ideals” and nurture unity as espoused by the country’s founding fathers.

Those invited to share the limelight with him may have passed their twilight years in politics but are still influential to an extent, but there are those in there who want to stay relevant for their own personal interests. The “has beens” are trying to cling onto whatever is left of the limelight afforded to them by the media.

Now, having six deputy presidents is unique but it’s when everyone speaks their minds without any consultation within the group that things can get destructive. One has to exercise care when making statements, either in their personal capacity or for the group, as this can turn Amanah into a nuisance and further add to confusing the minds of the rakyat.

One of its six deputy presidents Tan Sri Kadir Sheikh Fadzir, for example, was reported to have commented about the elections, saying that it was unfair. Least he forgot, his own brother contested and lost the Kulim Parliamentary seat to one Zulkifli Nordin from the Opposition. Had not the loss of five states in the last general election shown that it was fair?

Then I read about another organization called Penawar, whose members comprised former Umno Members of Parliament. Now, this group is requesting Prime Minister Datuk Sri Najib Razak to step down for reasons only known to them.

What they forgot is that being called “former”, they no longer have representation nor constituencies. I see this as another case of “has-beens” trying to remain relevant and being destructive to the party that they claim they love.

What is paramount at this time is not about internal party politics but about winning for the party at the next general elections.

This ailment in Umno is becoming prevalent to the extent that loyalty to certain leaders supersede loyalty to the party, especially among people of less importance who try to move as a credible unit.

The country is now moving forward.

Umno and BN are fast gaining lost ground from 2008 with the formidable partnership of Najib and his deputy Tan Sri Muhyiddin Yassin.

BN cannot afford a rift from within especially among Umno leaders because the entire BN existence and strength is clinging on the Umno foundation.

At this point in time, the top two leaders should discount useless, self-interested and irresponsible parties from stacking them against each other to, first and foremost, win the two-thirds majority in Parliament.

Following this, if indeed there is a cause to change the leadership due to possible liabilities that may cause future damage to the party and nation, then one should like a true gentleman throw down the gauntlet and contest according to the Umno Constitution. No one should get others to do their private biddings while pretending to be cordial on the front, if such a scenario even exists.

Umno will welcome a democratic approach, which the delegates waived their rights for in the previous Constitutional Amendments meeting, according to the rules and regulations stipulated in the Constitution.

But we cannot afford an implosion before the next general election or we will lose this nation.

Responsibility begins with the leaders.

One cannot rule, when one divides prematurely, at the wrong time and within our own.

Happy Merdeka Month! Protect And Defend Our Sovereignty And Independence! 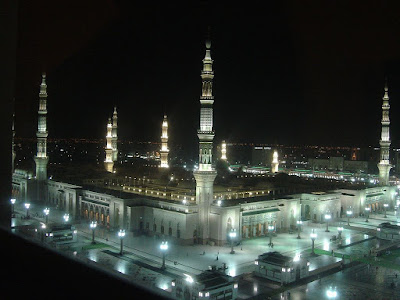 The Patriot Would Like To Wish All Readers Of The Muslim Faith Selamat Menyambut Bulan Ramadhan And Malaysians At Large Selamat Menyambut Bulan Merdeka. May The Angels And The Lailatul Qadr Visit Our Castles While We Prostrate In Submission To Our Maker Allah SWT, Elevating Our Prayers And Wishes To Him In The Hope That He Will Descend Them With Grants And Blessings. Fly The Flag While Being Righteous! True Patriotism Lies In Being Faithful To God While Loyal To King And Country.