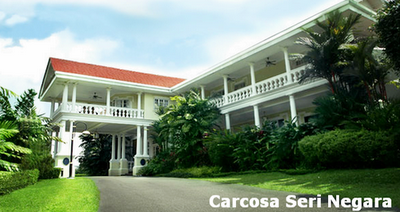 When the local Three Stooges, Dato’ Shazryl Eskay Abdullah, Tan Sri Rahim Thamby Chik, and Dato’ Shuib Lazim, better known as “Datuk T” held a lewd video show in one of the most prestigious establishments in town last week, my partner and I received many phone calls wondering if we’ve seen it or have a copy of the same. What disgusted me most was why everyone was so interested to see Anwar Ibrahim’s penis on video.

Questions we should ask:

1. Why was Eskay in the news so quickly after his case was heard in court regarding his allegedly unpaid RM20 Million commission on the Crooked Bridge from Dato’ Yahya Jalil?

2. What was the bone that he wanted to pick with Anwar Ibrahim who was Finance Minister then?

3. Did Anwar promise to be one of his witnesses in the hearing but didn’t show up?

4. Did he discover that Yahya had allegedly paid some of his commission to Anwar instead?

6. How did he know the hooker was a Chinese national?

7. Was he the pimp supplying fannies to Anwar?

All of these queries may be of some or little interest to many, but the Mother of all questions is, “What the Hell was Rahim Thamby Chik doing there taking centre stage?” The next important question is why Shuib Lazim who is a former UMNO division chief and current father-in-law of Minister Shafie Afdal, also sitting there like a cheap passenger while denting the image of his son-in-law and the party that he represents.

The first impression would be that UMNO is behind this. Next is that Prime Minister Najib must have endorsed it.

But the fact of the matter as related to the media by one Mohamad Mahti Abdul Rahim who was Eskay’s witness who turned hostile in the Crooked Bridge case, is that Eskay wanted to do Anwar in because according to the former, the latter “stole” money from him. This is a matter between two very close associates; so close that one can return to the pit just to retrieve a watch that was allegedly in the possession of the Chinese prostitute. 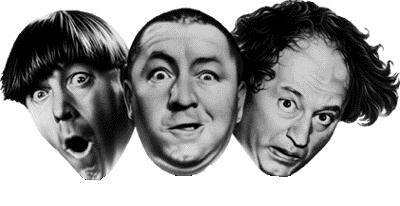 Once again we ask, “What the Hell is Rahim Thamby Chik doing in this equation?”

Answer: He is an attention seeker who is trying to justify his faded existence in mainstream politics perhaps also trying to exact revenge on Anwar for his “crucifixion” by the latter when he was the most powerful Deputy Prime Minister while the former was the Malacca Chief Minister.

Many people including Eskay and Rahim may say or act like they are helping the Prime Minster, but assisting him to the possible dungeons of hell doesn’t constitute help. It was never warranted neither was it solicited by Sri Perdana.

Dato’ Sri Najib Razak and his flagship are sailing smoothly and fast. They didn’t need a turbine to further propel them to their destination, let alone a used and bashed up engine in the form of these questionable characters with motives of their own.

These three people deserve to be in the same cell as the man they are trying to persecute. The law has been broken and according to the Minister in charge, no immunity is given for these clowns under The Whistleblower Protection Act 2010.

The full brunt of the law should be hammered onto their heads to fully exonerate the Government and the Prime Minister’s good name from this act of the most despicable kind.

The Highly Established Carcosa Seri Negara Also Should Consider Taking Legal Action Against The Person Or Entity Responsible For Making The Reservation For The Purpose Of Exhibiting An Art Which Should Instead Befittingly Be Shown In A Two Bit Motel In Chow Kit. It Has Reduced Their Prestige And Standing Among The Best Acclaimed Accommodations In The City Of Kuala Lumpur! Her Majesty the Queen Of England Graced This Place! Let There Not Be A Framed Picture Of Datuk “T” On The Wall Next to Hers!
Posted by TPJ at 8:40 PM 30 comments: