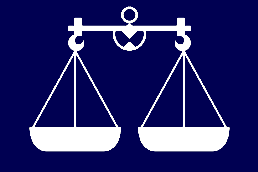 1. We begin in all humility in remembrance to our fallen heroes who perished in the line of duty, the late Dato Wan Khair-il Wan Ahmad, Dato Noriah Kasnon, her husband Asmuni Abdullah and Ahmad Sobri Harun. Alfateha. Our thoughts are
also with the family of the pilot in their time of grief.

2. With much gratitude to Allah SWT, we congratulate the two victorious candidates in Sungai Besar and Kuala Kangsar; YB Budiman whom I had the privilege of meeting while on a week's duty there and Datin Mastura Md Yazid, the most unassuming but very qualified candidate to burst through the political scene of late.

3. BN won by a majority of 9,191 in Sungai Besar and 6,161 in Kuala Kangsar respectively. And in Sungai Besar, we won in all voting points under the adoption of the Johor Barisan Nasional which practically dug their feet in there for three whole weeks under the instruction of Chief Minister Dato' Mohamed Khaled Nordin.

4. A lot have been said about the recent state elections in Sarawak and the by-elections that followed in the Peninsula.

5. Ultimately the success of Barisan Nasional in the Sarawak elections was not attributed to BN but the "Adnan" factor and the by elections in Kuala Kangsar and Sungai Besar was said to be the litmus test not for BN but for Najib Razak, the Prime Minister of Malaysia.

6. The latter was widely amplified by some stating that the result of these two beauties would be a referendum on Najib's position in the government.

7. Like the symbolic effort by the " maliciously suspect " collection of signatures on the " people's declaration ", the Rakyat needs to know that neither of the two is able to achieve the seemingly desired effect other than turning it into a drama fooling the mass into thinking it can work.

8. And on the director's chair of this whole production is none other than former Prime Minister Tun Dr Mahathir Mohamed.

9. The "former" statesman needs to finally come to terms with the fact that the overwhelming results obtained by the Barisan Nasional in Sarawak as well as Sungai Besar and Kuala Kangsar are actually a referendum by the people to put him on permanent retirement.

10. "A rose by any other name is still a rose". You can call it or attribute them to whatever or whoever you want but a Barisan Nasional win still belongs to BARISAN NASIONAL.

11. What most failed to fathom is the endurance, perseverance and collective effort by all and sundry  driven by UMNO, is what formed the success of this longest serving and most organised political coalition in the country.

12. The Rakyat Has Spoken. The Mandate Is Given.

13. And For Those Who Think That They Can Threaten Or Hold Putrajaya At Ransom Either By Act Or Innuendoes While It Seems Weak, Let It Be Known That The Majority Of The Rakyat Stands Solidly Behind The Ruling Government And Will Not Entertain " Cheap Shots " Or " Grandstanding " At Their Expense.

14. At The End, The Rakyat Can Do Their Math And Realise That The Loudest Voice Doesn't Necessarily Carry The Majority Nor Contain Substance. Ultimately Physical And Direct Delivery To The People Is Better Than A Charismatic Loudspeaker.

15. This Is A Clear Mandate To The Prime Minister And His Party, To Continue The Good And Consistent Work For The Rakyat Who WILL Stand Behind Him And His Government With The Grace Of Allah, On Any Necessary Action To Be Taken In The Near Future On Any Entity Or Individual That Propagates Treason, Sedition And Disunity.

16. Many Battles In Islam Were Won In The Month Of Ramadhan. Our Twin Victory Was Delivered By God In This Very Same Month.

17. May It Be A Sign That We Are On The Side Of The Righteous.