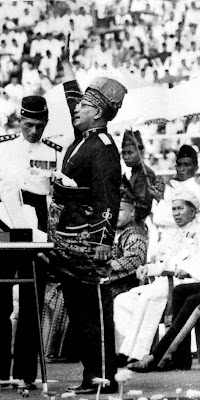 Defend Our Sovereignty And Protect Our Independence!

To All My Fellow Malaysians, Regardless Of Race, Colour Or Creed,
Happy Independence Day! Never Take Our Freedom For Granted And Always Be Grateful Being Citizens Of This Great Nation. While We May Pursue Our Individual Dreams, We Must Come Together As One Malaysian Family To Ensure That The Next Generation Can Pursue Their Dreams As Well. Ultimately, We Are Responsible For Ourselves But We Also Will Rise Or Fall As One Nation, 1Malaysia.
Posted by TPJ at 8:20 AM 3 comments: 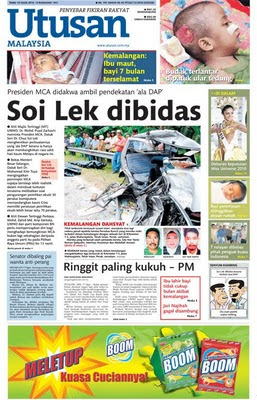 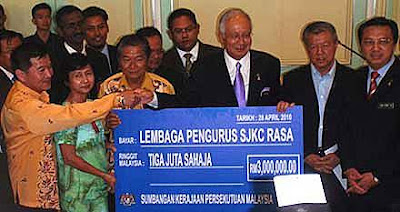 Recap: UMNO Providing Substance While MCA Provides Nuisance
Like an empty tin can that makes a loud noise, Dr Chua Soi Lek and his MCA is a loud canister with neither the substance nor the intelligence to know what is good for them. It is a known fact that the vast majority of the Chinese voters will not support the MCA anytime soon no matter how Gung Ho toward the establishment or generous they become towards their own. They now have to rely on the Malay votes in many areas where UMNO still has influence to persuade the Malays to vote for them. Yet, they persist in hurting the feelings of the Muslims and Malays at large by making unnecessary comments pertaining to their rights and faith.
In three previous postings, I had remarked that the term “ Sombong bodoh “, or “ Arrogantly stupid “, is a term reserved primarily for the Malays as it is a well known trait among this race. Evidently, in line with the Prime Minister’s 1Malaysia theme, the MCA led by its loudmouthed President has adopted this Malay trait and turned it into an art of its own. In Johor alone, there are three parliamentary and around six State Malay majority seats contested by Chinese BN candidates mainly from MCA and one or two from GERAKAN. Following the verbal diarrhea by Soi Lek, there is much talk on the ground amongst the Malays including the UMNO grassroots to decide not to vote for them in the coming elections. To them, if they have to vote for Communist sounding Chinamen bashing their own partners within the BN, they might as well vote for the known Devil in DAP, just like how GERAKAN got sandbagged by the UMNO/ Malay voters in Penang.
Prime Minister Najib Razak should have taken under advisement the suggestion to either appoint these parasites as Ministers without portfolio or a Malay to be in charge of Chinese affairs forcing them to behave and earn their way back by winning over the hearts of the Chinese voters instead of talking aloud and losing the sure Malay votes that have been loyally supporting them. Now, the most important thing for the BN Chief Executive to do is to rein everyone in and censor their mouths while whipping them into labour to win in the next General Elections instead of self-sabotaging themselves.
While it is true that Dato’ Sri Najib Razak enjoys approximately 78% in approval ratings in the Merdeka Centre polls, unfortunately, he is not contesting in the 220 odd seats in Parliament. This sort of rating would do well in a Presidential two party system like in America, but in a Parliamentary system like in Malaysia, the whole Barisan Nasional needs to enjoy that kind of ratings as opposed to just its Chairman.
The Prime Minister needs to whip the BN leaders and Ministers into shape and make sure they don’t speak against each other from now until the next General Elections. One way to do that is to limit blatant press conferences by individual leaders/ Ministers and have a Central Command Centre to issue statements after proper vetting, like the Prime Minister’s Department. Time is running out for us and we need to exercise major damage control. BN has everything to lose while the opposition has little to lose but everything to gain. We can’t afford the luxury.
I’m Beginning To Suspect That The MCA Is Deliberately Practicing Self-Sacrifice Forcing BN To Lose In Order For The Aliens To Increase Their Holdings In Malaysian Politics And Press On To More Demands For The Benefit Of Their People, Eventually Taking Control Of Putrajaya Either Directly Or By Proxy Like In Selangor. Once Again It Needs To Be Reminded That The Chinese Regardless Of Their Political Affiliations Stick Together While The Malays Break One Another. If That Is Their Master-Plan, Then MCA Needs To Be Dealt With Decisively Bringing In Alternative Measures. Failure To Realize This Will See The Malays Being Colonized Once Again, Only This Time By Orientals In The Land Once Known As Semenanjung Tanah Melayu.
Posted by TPJ at 9:41 AM 8 comments: 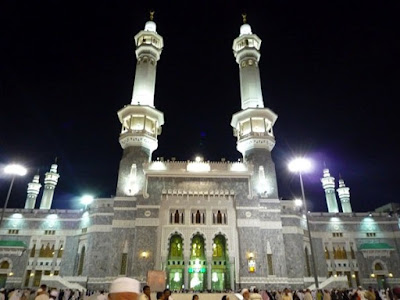 The Patriot Would Like To Wish His Muslim Readers "Selamat Menyambut Bulan Ramadhan Dan Beribadah." May The Angels And Lailatul Qadr Visit Our Homes While We Prostrate In Submission To The Al-Mighty Elevating Our Prayers And Wishes For His Blessings And Consideration.
Posted by TPJ at 12:21 PM 4 comments: 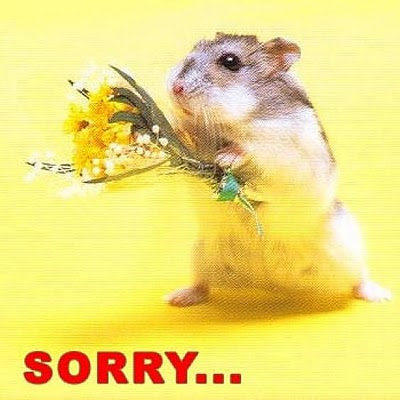 Sorry, Apologize, Regret, Remorseful, Guilty, Contrite, Ashamed, Compunction, Repentance, Penitent. These Seem To Be The Only Vocabulary In The Dictionary Of THIS Political Mouse!
It has been reported in many sites in Cyberspace that the Home Minister regretted the Allah ban by his Ministry which has haunted the same since it began while blaming his predecessor for it. Now we’ve got the Minister of Islamic Affairs getting in on the debate begging to differ. The case is being weighed by the court and it is a shame when we have a Federal Minister (A Muslim and REGRETTABLY an UMNO Vice President by ACCIDENT!) giving his views that might influence the verdict.
If it is true, then I think Prime Minister Najib (my Mentor) should create a Ministry of Apology and put his first cousin there as Minister instead of the Home Ministry where a real Man with more Guts is needed. I really don’t know why his statements more often than not, seem to side with the non-Malays and infidels of Islam.
With the good Prime Minister on a well deserved holiday, at home, it seems like a circus with an erratic mouse and monkeys from the same Circus Company openly at odds with each other. Hishammuddin, the mouse regrets the action and blames Syed Hamid, a chimp who was clumsy but with naturally much bigger balls than him. Jamil Khir, the righteous chimp wants to maintain the call, while the insignificant MCA, the Monkey King , wants the Home Ministry to rescind the decision. All of them are from Barisan National amusing the opposition who were happily posting it up and gathering more momentum in all their websites making it difficult for the grassroots leaders like me and the rest to work efficiently to ensure a win for the team in the next General Elections.
DATO’ SRI HISHAMMUDDIN HUSSEIN! The Malays Are Already Split In Three. UMNO Members At The Grassroots Level Are Holding The Fort By Tooth And Nail. They, Nay, WE Are Frustrated With Cowardly Acts By Their (I Didn’t Vote For You) Vice President Who Is Making Ridiculous Statements NOT In Favour Of Agama Islam & Bangsa Melayu. ( First Apologizing Sheepishly For The Keris, Now Regretting The Allah Ban!) If You Consider Yourself As A Minister First, Then DON’T Bother Contesting In UMNO! YOU ARE A LIABILITY TO OUR PRESIDENT AND PRIME MINISTER, DATO’ SRI MOHD NAJIB TUN RAZAK! If You Love And Respect Your Cousin, UMNO And The Country, Then Please Either RESIGN Or WISE UP Because When More UMNO Members Leave The Fold, Frustrated With Your Lazy Struggle For Them And Their Cause, We Will Then Be At The Behest Of MCA, GERAKAN And The DAP Who Are Working Perfectly As A Successful Unit As The Chinese Connection! I Truly Hope This Is NOT The Influence Of Your Special Advisor Dato Micheal Chong From MCA!!
Posted by TPJ at 1:08 AM 12 comments: