JACKIE CHAN SAYS IT ALL 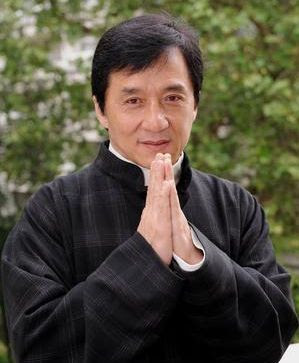 JACKIE CHAN SAYS CHINESE PEOPLE NEED TO BE 'CONTROLLED'
“Jackie Chan has triggered controversy by claiming Chinese people are so chaotic they need to be firmly controlled by the government.”
http://www.telegraph.co.uk/news/worldnews/asia/china/5182114/Jackie-Chan-says-Chinese-people-need-to-be-controlled.html.
“I'm not sure if it's good to have freedom or not. I'm gradually beginning to feel that we Chinese need to be controlled. If we're not being controlled, we'll just do what we want." He reportedly said this at a business forum in the country’s Hainan Province

Yesterday, Prime Minister Najib Razak liberalized 27 sub-sectors of the service industry from the 30 % Bumiputera equity participation. Instead of applauding this gesture as a way forward and assisting in seeing its success hand in hand in the spirit of One Malaysia, the MCA through their official loudspeaker/ mouthpiece, it’s Secretary General has pushed the Prime Minister further by asking for all sectors to be opened up without having to gradually progress step by step ensuring that it is fail-proof.

Give these people an inch, they’ll ask for the Universe! I wonder if the MCA Secretary General started using chopsticks from the moment he was delivered in the labour room.

Jackie Chan’s evaluation on the bahaviour patterns of his race is very difficult to rebut based on the attitude of the current MCA ingrates. In addition, the way the Singapore Government handles its citizens, further amplifies his views on it and is testiment of the case in question.

I'm fed up
Simply fed up

U tell me who's fault is this..

In the name of liberalisation,more and more benefits for the Malays is taken from us..

I wonder y the young must support UMNO if there is no hope and no future for them with this current administration and this crap going on?

Is this the way to win iver the Chinese.I can tell you they will never be satisfied until u see Malays begging in the street and one of them become the next PM..

U should also paste this statement..

MCA always comes out with fantastic ideas so too Gerakan. Second deputy PM and latest asking all sectors to be open up. I wonder what are their contributions to BN and the Govt in the recent past to deserve the respect of not only Umno but also the other Barisan Nasional members especially from Sarawak and Sabah. Why they are rewarded with a sizable cabinet seat is beyond my comprehension. Was in Bkt Gantang during the by-election and am not surprised why BN lost. The presence of MCA & Gerakan campaigners were hardly seen, no wonder 90% or so chinese voters voted for opposition. I have a strange feeling that these two chinese parties are working in cahoots with the opposition especially the DAP! I wonder why these two parties' leaders, and leaders from the DAP, never pressure the government to shut down all forms of gambling in the country! Is it because this is the only business venture in Malaysia where non bumis have 100% control. That would be more beneficial and meaningful than asking for second deputy PM post in the eyes of rakyaat.

Perhaps it is time for all bloggers to support the initiative started at Demi Negara blog to streamline all schools and abolish vernacular schools.

Saudara BoyHjJamil, and Fed up.

I'm not sure if we are ever going to win back the Chinese vote with the backstabbing ways of the MCA working in cohoots with the opposition of the same race, betraying their fellow brothers in the BN, but I sure as hell know that this is a good way to lose the Malay support from within.

You gentlemen are right. We will bring this topic to the Cawangan and Divisional meetings next month to streamline the education system as suggested by the blogger Demi Negara. That will ensure better integration in this country and people will stop bitching about what the other gets because under that scheme, everyone will be equal. No other multi racial country has the same system as us catering for the different races in their education, not even in Singapore.

GERAKAN and MCA, and I emphasize the Parties as opposed to the Chinese race although those who have experience have the right to correlate one with the other, have a tendency to bow and kowtow to a powerful Prime Minister as we have witnessed under Tun Dr Mahathir's tenure in office. In this respect, what Jackie Chan said makes sense because it is evident that they need to be controlled. It is under the weak leadership of Abdullah Badawi that these parties started to rear their ugly heads to demand for this, that and the other.

Well, they don't know who Najib is yet and neither do most Malays. Give Najib some time for everyone to realise who he is as a leader and we will see these people rapidly falling back in line in due time.

Proper control is forthcoming if indeed the blood of Tun Razak flows in the viens of Dato' Sri Najib.

Hmm.. can't the government think of anyways whereby they can give 'things' to the non bumiputera but at the same time will benefit the bumiputeras also?. Its not fair to give something while on the other party is losing something. There must be a way. Or is it that the non bumiputeras will never be satisfied regardless what?. If so, why bother giving?. Obviously, they just want to get whatever they can get. Equal or not, perhaps its not the real issue. The real issue is, to gain anything, by all means. -2 cents from just a normal rakyat-

Currently the Government led by UMNO is listening to the fellow members of the coalition to liberalize certain sectors and are using it as an experiment to see if the Malays can compete and survive before perhaps opening up more sectors to liberalization. However, it seems the MCA supposedly being the voice of the Chinese are impatient and are demanding the Malay led government to open up more sectors even before realizing the success of the first phase showing how reckless and greedy they are. MCA is making the Malays feel like the Chinese as a whole are like that in nature while it is not entirely true but difficult to refute.

If there is a tear in the fabric of our society, it is not because of the rakyat of different races, who have been able to live side by side for decades, but it is because of the Chinese leaders competing with each other to be champions of their race. While GERAKAN has learnt to be humble and has come to terms with their failure in the last General Elections, it seems MCA is still in denial thinking that they are in a solid position to make outrageous demands on the powerful Senior member of the coalition. What is more hilarious is that they actually believe that UMNO under the steady hands of Najib Razak will entertain them when in actual fact Najib, the son of Razak Hussein won't even flinch.

Najib Razak is no Abdullah Badawi. The sooner these people realize this, the less painful it will be for them.

Thank you for giving your two cents worth.

This is something I would like to share with all friends.When I first went into Lim Kit Siang's blog (blog.limkitsiang.com), the first thing I read is him calling Mukhriz (Jerlun MP) and Tan Keng Liang (gerakan kedah youth chief) as people "lack of grey matters" and silly. That was about 2 weeks ago. Today, I read that he said "the IQ of the Health Minister, Datuk Seri Liow Tiong Lai, who is MCA Vice President and Penang MCA State chief, is highly suspect when he could not understand simple English". The problem is that the more Lim Kit Siang branding that he is smarter than the rest of the people in the world (which I don't belief), the more people will just see him as a person barking on the wrong tree. I support DAP but I wish that our party's chairman can be more polite when addressing other leaders (whether they are Barisan or Pakatan). Otherwise, this will set bad example to the new generation of Malaysians.

I haven't browsed through the blog of Lim Kit Siang MP, so I'm afraid I am in no position to comment fairly on this matter.

However I am in total agreement with you in that we have to respect each other regardless of our political ideologies. Any criticism must be backed by facts or the argument will lose it's credence.

I thank you for giving your views in The Patriot and I hope you will continue to do so in the future. Perhaps through our engagements in here, we might find an understanding and you might even find a sensible reason to switch your support for the Barisan Nasional.