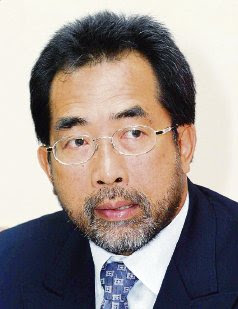 Dato’ Sri Dr Jamaluddin Jarjis is reported by a news portal today to be the candidate to head the Malaysian Mission in Washington DC while maintaining the status of a Minister. If this prevails, then this will be the best choice made by the government since Tun Dr Ismail Abdul Rahman was appointed Ambassador to the United Nations in the 50s.

J.J, as he is fondly known is one of the sharpest minds in UMNO today and will be a fitting candidate for Ambassador to Washington because of his impeccable public relations skills and long term fine relationship with parties on Capitol Hill. He will get down to the business of promoting Malaysia – U.S. ties from day one in office as opposed to others who would have to take six months to settle down and get acquainted with the Big Boys on the Hill.

He is also one of the very few dynamics in Malaysian politics who is well received by all “factions” within the UMNO party and is a close associate of Prime Minister Najib Razak having served under him in the Youth Wing and coming from the same division very early in their political lives. His affable character being able to mingle with everyone at all levels with ease and his connection within those in power makes him an easy target for those who would want to bring the Prime Minister down. He was mentioned by the allegedly bankrupt fugitive Raja Petra Kamarudin in Malaysia Today and accused without the slightest evidence of trying to buy his silence over the case of the Mongolian woman who was murdered for alleged extortion. J.J. has dismissed this as “rubbish” and is seeking legal redress which might be futile if the fugitive is indeed a bankrupt. Last night, over a late night “teh tarik”, I was asked by my peers, as men of reasonable intelligence, wouldn’t it be easier for us to believe a man who has served the nation well over a bankrupt who is on the run from the law? I leave this question to your good judgment.
What is sure is that Malaysia’s position will be undoubtedly enhanced on the American front with Dr Jamaluddin Jarjis as our man in Washington. He will take the battle with Anwar to the source of the latter’s strength, and if I know J.J. well enough, I’d bet my last buck that he will deliver.
Posted by TPJ at 5:42 PM

To be frank,there are not many stories or posting about Jamaluddin Jarjis(JJ) in the papers or blogs

The Angkasawan program is an initiative by the Malaysian government to send the first Malaysian to space.
It resulted in Dr. Sheikh Muszaphar Shukor becoming the first Malaysian in space on October 10, 2007, when he blasted off to the International Space Station on board Soyuz TMA-11.It was indeed a historical and proud moment for us Malaysian..

I personally like JJ.I can see that he is genius person.I clearly remembered when there were interviews,press conference,special TV appearance on the space programme,he will answer it with facts,full of confidence and in a cool manner..

He did score a lot of points for Malaysia on the space programme..If the task were given to other people/minister,I bet iw will be dull,boring and full of crap.

As for his alleged scandal,I will just ignore it as no charges were ever filed..

JJ is one of the sharpest mind in UMNO.He is also well liked within UMNO where he garnered 1622 votes in the MKT race..and he doesn't moan or complain when he was not selected as one of the Minister in the new cabinet line up(big mistake Mr PM).This is a sign of a good and gentleman leader..

To sum up,I totally agree with TPJ that JJ is the right candidate for the Washington mission.One question though,what is the post actually and who is holding the post at the moment?Pls elaborate

Yes J.J. is brilliant and unfortunately, that in UMNO can sometimes be a disadvantage if you want to rise. I know some people within the Supreme Council who are envious of him to the extent of being jealous because he gets things done albeit flamboyantly.

The post is currently vacant after H.E. Datuk Dr Rajmah Hussain's retirement after more than 30 years as a diplomat.

I follow your blog closely though I seldom leave comments unless it involves contraversial issues.

Now JJ is certainly a contraversial figure, maybe because he lives life to the fullest. I'm told he sleeps only a few hours a day. People have seen him at 3 am and is in the office by 8am the next day when he was minister.

TPJ, you are right, the people are not looking for ulamaks to lead the nation anymore, because we have seen how a perceived "goody two shoes of a clean politician, and God fearing man" has wrecked the political stability and abused his position to the max to favour relatives economically. We are now looking for people who can lead and improve the economic and political situation of this country. At the end of the day, it's prosperity and security for the rakyat that's important. Let him or her answer for the Sins of his or her private life personally to God, but serve the couuntry well. Those who keep on harping on this will be fooled by the ulamak that they put in, just like the one that just retired as PM. We got fooled BIG TIME BRO!

It's been a while man!

All I can say is, it's like you took the words right out of my mouth!

There are many types of leaders.

1. There are leaders when asked if we can do it, they say "we'll have to study it first" but never come back with the outcome. This is the most common escape for politicians when they know nuts about a certain issue.

2. There are leaders when asked if we can do it, they say,"we'll have to meet with the local authorities and the other parties concerned before we can give you an answer." This is a politician who knows nuts about the issue but asks his officers in the ministry to check and see if it's do-able and then come back only to "parrot" the findings by his subordinates. This takes ages.

3. There are very few leaders when asked if we can do it, they will say "YES WE CAN!" right after listening carefully to you and doing a brief research on it in your presence. This is a politician that has confidence it what he does and makes sure he gets to the root of it and sees its success. A go getter!