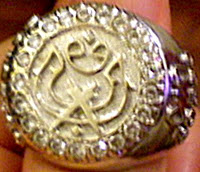 Till Death Do Us Part.

BAGAN PINANG witnessed the first sincere and concerted effort by the UMNO machinery, with the local division playing the most crucial role, i.e. staying united as one force working not for money, but for the future of the party and Nation under UMNO/BN, just like in the first three decades of the party. UMNO/BN won with an increase of almost double in majority. Also, it was because of a candidate who is well connected with the people of the area. Congratulations Tan Sri Isa Samad.
This is also the result of proper employment of the resources available in the government not seen since the days of when we were nearly untouchable. If we fail to use the resources properly, then we aim to fail which is rather pathetic considering the opposition has no access to the same.
In recent elections namely in the Permatang Pauh area, we gave poor showings because the UMNO division there was divided. No sincerity came out of the local machinery and UMNO office bearers resulting in the PM’s decision not to field a candidate in the Penanti by-election. Of course another reason is because it is Anwar “country” where he can probably field his gardener and still win. We need to remember that we lost Penang when the then Prime Minister himself was from there.
We can also conclude that we will never win Kelantan back with the current division leaders, former ministers and deputy ministers undermining each other for selfish reasons with UMNO being the last in their list of priorities.
Terengganu UMNO is showing cracks in the ranks because of selfish leaders who should live in Kelantan for a bit to feel how it is like being in the opposition without “Wang Ehsan”. It also reflects on the leadership qualities of the State Liaison Chief who was recently elected as one of the UMNO Vice Presidents who couldn’t even shine if he was born with patent leather, unless with the help of a relative’s influence. I hope the President will revisit his appointment as there is only so much the grassroots can do to hold Terengganu together. An added liability will not help the BN retain the State in the 13th General Elections.
This win in Bagan Pinang is indeed a long awaited boost to UMNO and it couldn’t have arrived at a better time coming into the UMNO General Assembly in Kuala Lumpur next week. I am sure everyone will be in high spirits, all fired up and ready to go anywhere the President points us to.
To my fellow delegates in UMNO, let us unite as one big happy family again for the sake of the Nation, as we know deep down in our hearts, we are the ones who are sincere, willing and able to lead and do justice to the given privilege we are holding in trust for the future generation of Malaysia.
Between the dates of 14th-16th of October 2009, it will be “Party UMNO Di Dahulukan, Perwakilan Di Utamakan!” SELAMAT BERSIDANG AND MAY ALLAH CONTINUE TO BLESS UMNO.
Posted by TPJ at 1:27 AM

Congratulations UMNO. Now lets remind each other not to be too proud i.e. takbur as this is what we can call this a form of test from Allah s.w.t. And the hardest test is in form of 'kesenangan'. (Which, the opposition failed miserably after winning the PRU12 in less than a while).

I hope UMNO will continue to work with sincerity and strategically. Let us not to fall into the world's agenda trap i.e. the Zionist trap.

Again. May God Bless UMNO and its people.

Should be "Party Di Dahulukan, Ahli2 Di Utamakan". If you are referring to the perwakilan that attends the annual 'gig' than you are giving them undeserved acknowledgment. The past two decades or so they have been the worst parasites and hypocrite (Munafik) that ever existed since the birth of UMNO. OR are you being cynical here? Because if its an election year (pemilihan) than the 'bag carriers' would consider the perwakilan (parasite) "MESTI Di Utamakan...."!
"Selamat Bersidang And May Allah Give What is Due To The Hypocrites!"

With the latest result in Negri it doesn't take much to guess in the event there is a by election near the stronghold constituency of Mat Taib in Selangor he will no doubt be umno's candidate. I'm sure his bahagian and constituents wants him. And in the next general election i'm sure the name Khir Toyo will appear again on the ballot paper. He has strong Javanese following in Selangor.
However i notice there is a similarity in the benchmark set by Umno and PKR in that they put up tainted members as election candidates, Umno with Isa and PKR with Anwar.
With three over million members Umno should be able to come out with more credible new candidates vying for parliament and state assembly in the next GE.

I think the government should be aware of take into consideration seriously about the world agenda especially the globalization as what Tun Mahathir stated in a recent article in Utusan. Read that DS Najib will have a face-to-face meeting with Obama. Malaysia is a Muslim country. So I think Malaysia is also included in their agenda. Whatever it is, I pray that Malaysia will not fall into the trap of the western elites systematic world domination because if that happens, (god forbids), we are heading to being modern slaves in the modern globalized world. Some people may laugh with the conspiracy theory but its good to be safe than sorry.

Unity, Sincerity and Humility. That was the gest of what The President wanted and demanded from UMNO members, particularly those holding office.

I was right the first time on the UMNO di Dahulukan, Perwakilan di Utamakan because the perwakilan represented, and were chosen by the 3 million members nationwide. So mengutamakan mereka means mengutamakan ahli2 UMNO.

The delegates voted to amend the constitution by opening the door wider for 146,000 odd members to vote, altogether eliminating their "source" of brief corruption which everyone thinks can last 7 generations. At least some recognition must be given to the abused 2,600 delegates for making a bold move that also dilutes their importance in regard to their relationship with top leaders reducing the possibility of landing projects in future.

The delegates are shaped by their leaders. if they are corrupt, it is becuase their leaders are the ones who corrupted them. Last week they amended the constitution because they voted against corruption and wanted to clear their names.

Now it is up to us and the President to open our eyes wide to see if the system will be manupilated yet again by our leaders in order to have an edge over one another.

146,000 is not impossible to corrupt using the pyramid system. I hope the President realises this and takes the necessary precautionary measures because when this happens, then corruption will have seeped through the very foundation of our Party which will never see a correction till the day of Judgement.

Whatever it takes. Bottomline is we give the rakyat whom they want, not who we think they should have.

That is democracy. Don't curse the messenger. He is just making a delivery.

What you and Tun Dr Mahathir said is not a Conspiracy Theory, it is a fact. Tun should hold more of the same forums on a bigger scale to get more attention in this region. We will be colonised once again and when foriegn magnates own large holdings in our economy, we will be conquered again and job opportunities will be seriously reduced for the natives.