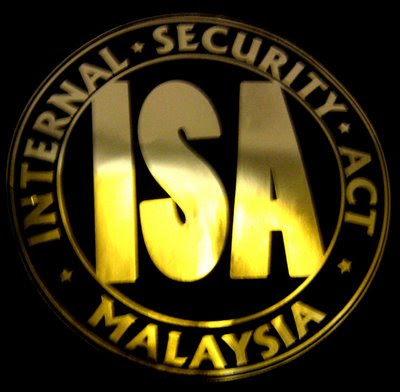 “Subversion is a threat against the security of the country and against constituted authority. It should therefore, be the responsibility of the government to deal with that threat.”

“The object of detention is to safeguard the security of the country and not to punish persons for crime. A person is detained for what it is considered he may reasonably be expected to do but not for what he is proved beyond doubt to have done. He is detained because he represents a risk to the security of the country.” – TUN ABDUL RAZAK HUSSEIN, second Prime Minister of Malaysia.

The Internal Security Act, 1960, allows for the detention of persons who “promote feelings of ill-will and hostility between different races or other classes of the population likely to cause violence.”

The insensitivities toward race and religion can give rise to violence and terrorism if it is not nipped in the bud. We have seen in recent years acts of terrorism on The Mariott Hotel in Jakarta, a nightclub in Bali, the Australian Embassy all in the region close to us. Further away, we’ve seen incidents in Madrid, London and most recently in Mumbai, India.

After 9/11, several western countries who are well known champions of Democracy have adopted Acts similar to the I.S.A. of Malaysia. They are The Patriot’s Act, 2001 in the U.S., The Anti Terrorism, Crime and Security Act, 2001 in the U.K., Anti Terrorism Act 2001 in Canada and the Australian Anti Terrorism Act, 2005, while the European Union introduced the Anti-Terrorism Measures 2002. In Indonesia there is an act called “Undang-undang Kasus Tindak Pidana Terrorisme 2002, but it has no powers to detain on the basis of prevention like the rest mentioned above.

While the I.S.A. of Malaysia is aimed at rehabilitation as attested by former I.S.A. detainees Dr Zabidi and Lokman Noor Adam, the others like in the U.S. don’t quite reflect the same objectives, as we have witnessed in Gantanamo Bay.

Contrary to minority consensus, The I.S.A. is not being politically abused by the government. There is no member of the opposition party who is being indiscriminately detained and of the 40 odd detainees currently serving time in “rehab” the majority are members of the Jemaah Islamiah and other terrorist suspects including a counterfeit coin specialist.
40 people detained in exchange for the Peace and Security of 26 million people in Malaysia, I’d say is a bargain I’m sure.
Posted by TPJ at 9:00 PM