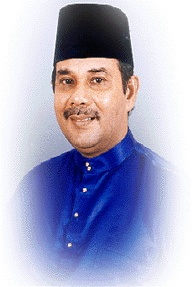 While it is a noble idea and perhaps could be construed as a friendly warning to bloggers to be responsible in their activities to preserve peace and avoid racial antagonism, will it in reality be followed like gospel by bloggers at large? I guess to an extent it will if the advice comes from the man in charge of Internal Security.

I didn’t have the privilege to attend the conference but I’d venture far enough to come to the conclusion that the Minister’s willingness to avail himself to interact with bloggers on a weekend is indeed refreshing considering bloggers can be more vicious than their professional counterparts in the mainstream media.

A Code of Ethics in any field should come as second nature to everyone. It doesn’t necessarily need to be put in black and white. It lies in the attitude of the person in question. If one is a rogue journalist, politician, businessman or even man of the cloth, no Code of Ethics but only the strong arm of the law will make one yield.

Whatever the outcome, from what I have read in the blogs and the online media, the Home Minister’s message is loud and clear, ie, we are all free to write anything as long as National Security is preserved.

I concur with the spirit of the Minister’s idea. I urge him in return to be stern on those who test the limits of racial harmony early before it takes a life of its own in the blogosphere.
Posted by TPJ at 4:51 AM