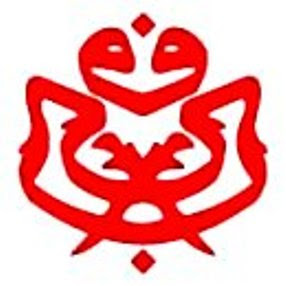 THE just-concluded Umno general assembly is one of the most memorable assemblies for me.
The closed-door presidential briefing to delegates, the speech by party deputy president Tan Sri Muhyiddin Yassin at the opening of the three Umno wings’ meetings and party president Datuk Seri Najib Razak’s maiden and winding-up speeches set the path of the party moving forward. This year’s debates may be void of the witty speakers but maturity prevailed.
I initially thought Najib overreached in his approach but he presented himself to me as Umno president first before being the prime minister. I had great satisfaction listening to his winding-up speech before the end of the assembly.
He convinced me and other delegates that, while it is important to take care of the nation and the rest, the Malay agenda will never be forsaken as long as the party is in power.
Only Umno can interpret the spirit that rests within the Constitution vis à-vis the position of the Malays.
At the start of the assembly, most delegates agreed that the Malay agenda should be the main topic of discussion. Other matters meant nothing if we couldn’t even settle this most crucial part of the Malaysian story. They insisted that when racial harmony and the security of the nation were being threatened, no development plan in the world could be successfully implemented.
Najib responded positively but also sent a clear message to everyone, friends as well as foes.
It is time to bury the racial debate for good as nothing can be done to alter the position of Islam and the Malays unless consent is given by the nine Malay rulers.The open racial debate should cease after this, especially by those within the Barisan Nasional coalition, because it will be a huge stumbling block for all parties concerned with the general election in clear sight.
Najib had, in his speech, outlined seven points for members to adopt: place party interests above self, work as a team, win over the people, blend with the new media, capture the confidence of new voters, work towards zero problems in the party and live up to the “people first, performance now” rule of conduct.
He also touched on transformation in the party, which Umno has done recently, keeping to its word.
To recapitulate, it began immediately after Najib’s election to the presidency when Umno decided to amend its constitution, making it more democratic and easier for candidates to contest the top leadership position.
It also provided for more participation from the grassroots in deciding who they want to lead them.
In contrast to his predecessors, Najib actually made it easier for members to challenge him.
In the same spirit as their president, the Umno delegates too sacrificed their personal political strength for the sake of the party’s survival by transferring their power to elect to the masses.
With just one raise of the hand, they simultaneously relinquished their right to vote, while drastically minimising political corruption at their level, an accusation so frequently thrown at them in the past, sometimes by the very hands that spoiled them. But for their faith in the new president, this amendment would have never seen the light of day.
At the Federal Government level, transformation was seen in the steps taken to liberalise 27 services subsectors in our economy whereby the 30 per cent Bumiputera equity no longer became mandatory.
Component parties within BN should have embraced this with much contentment. Seeing the sincerity in Umno’s transformation should spur them to work even harder and tighter in explaining these moves to their respective communities; using it to win them over instead of demanding for more from their senior partner in the coalition.
It cannot be denied that Umno is truly the party that best represents not only the Malays but also the people of 1Malaysia.
I, myself, am much inspired and look forward to working closely with component partners in the coalition to ensure that we move forward as 1Barisan Nasional in the service of the rakyat who deserve good leadership.
The writer is vice-chief of the Pulai Umno division
Posted by TPJ at 11:14 AM

"It is time to bury the racial debate for good as nothing can be done to alter the position of Islam and the Malays unless consent is given by the nine Malay rulers.The open racial debate should cease after this, especially by those within the Barisan Nasional coalition, because it will be a huge stumbling block for all parties concerned with the general election in clear sight."

Good advice BUT it must not be forgotten that the Malaysian Malaysia agenda will always be lurking round the corner, waiting for the right timing.

There will come a time when the Malay votes will be split again over some new or old issues.

And let not this saga be forgotten even as the intent is to put all racial debate into archive.

We are constantly aware of the existence of the Malaysian Malaysia advocates waiting to pounce on an open opportunity with Malay traitors willing to "joget" whenever they open a dance floor. Rest assured, as long as UMNO is around, they will know their place under the Malaysian Sun.

For as long as there is breath in me and true members of the Malay party UMNO, let this be a promise to you and the rest of the people regardless of race or creed; The best Malaysian Malaysia they will ever have is the current one under Najib's 1Malaysia and not an inch more!

I thank you kindly for your comment and participation.