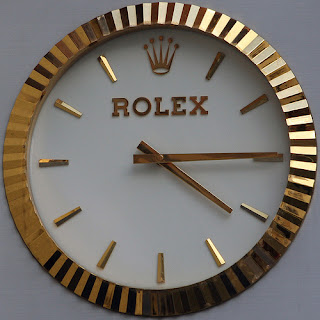 Exquisite Timing For The Perfect Choice

We’re heading towards the third week into 2013. Within the next 50-odd days, we will undoubtedly hear an important announcement regarding the general elections.

All parties concerned are making serious preparations while being on standby mode for the call by the Prime Minister to dissolve the Parliament.

In the midst of being busy as in any organization, we sometimes forget to think of important ways to ease the burden of the party and prepare those who will be directly involved.

Knowing early that they will be contesting, they can start working the ground quietly.

Indeed there are advantages and disadvantages of this but I’m sure the former will have the edge.

ADVANTAGES OF INFORMING THEM CONFIDENTIALLY IN ADVANCE

1. They can prepare and propel a few notches up in speed, spending more time than they usually do, to eat, drink and sleep with the people.

Please don’t even retort by asking, “But aren’t they supposed to be doing that regardless?” Local politicians are humans as well. They have been unselfish in their past and most of the wannabes have spent almost their last dime in the name of the struggle over the years.

And if an audit is done, you will find that these are the people who earn not any contracts form the government, nor soft loans to splash with, but in return utilize their monthly and whatever other income they have in the name and the sake of the people.

They probably shouldn’t but will unfairly to themselves and family, dig into their own reserves on the risk of not being chosen with an empty account to show at the end. Remember, there is no extra allocation from anywhere for these people to spend more than they should above and beyond their affordability.

2. They will even go beyond their reserves and seek financial aid from close friends and relatives who share in their common struggle.

4. Besides the amount allocated by the party when the campaign begins after nomination, they would by then have filled their own war chests with the help of their corporate friends and those who believe in their passion to serve, thereby making the party’s one ringgit allocation stretch even further than anticipated.

DISADVANTAGE OF INFORMING THEM CONFIDENTIALLY IN ADVANCE

1. The One and ONLY fear is that the candidate will burst his own bubble and the failed aspirants will sabotage the campaign.

Well, we would think that if the leaders choose their candidates, they must come with at least some form of intelligence, enough to know not to shoot their own foot or spill their own beans lest they will lose in the elections or possibly be changed even before the nomination day.

The Past Convention Is To Tell Them At The Last Hour And For Some At The Very Last Minute. Does That Make Sense? Is There Any Logical Advantage To Take That Course At All?

1. When the candidate is not to the liking of a certain faction in the division for example, they can sabotage the guy by cowering the State Chairman into switching names. This has happened in the past where we saw a mere appointed committee member being shocked with the news of him being chosen on the morning where the candidates fill up the nomination forms. On the contrary, if the candidates were told way in advance, he would have done his job of wooing and winning the hearts of his possible detractors from within the party, so good that they will in turn campaign to ensure his victory.

2. Sometimes, certain parties can sandbag the choice at the federal level at the end by slipping in his own choice just to make the cut whenever there is chaos.

Yes, trust me, with close to 1000 seats being contested at the federal and state levels nationwide, there will be more than just a few chaotic instances. The Situation Room in Putrajaya will make the noise at the New York Stock Exchange play like Julie Andrews’ “Sound of Music”!

The chain of command will be lost for a while making it look like the State is doing a favor for the federal decision makers because the latter’s plates are already overflowing with other decisions that needs to be made all at the same time. Yes! I have seen this happen too. At the end, it may not be the correct and next best-vetted candidate, but the choice of the State leader who is picked.

A lot of great work has been done by the top leaders to take us thus far in good stead, and we are still peaking. Let not the end be a disastrous one after a beautiful buildup.

I know most of those who are primarily helping the Prime Minister to call the shots up there. And they, including the PM himself, enjoy the game of golf.

So, allow me the use this golf analogy crisply.

Gentlemen, So Far You Have Split The Fairway On The Drive And Hit The Green On Two On The Par 5. Let’s Not Take 5 Putts To Sink The Sucker! If You Don’t Make This Cut For The Next Round, We Will Forever Be Left Out Of Bounds!

As They Say, “ Drive For Show, But Putt For Dough!”

See You At The Box! No! Not At The Tee, But At The Ballot!