Points To Ponder For The Prime Minister. 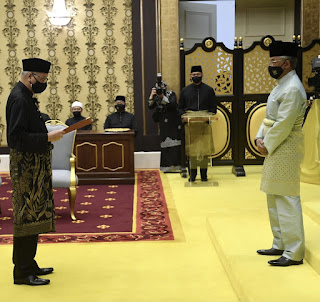 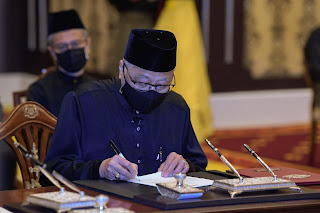 1. Reduce the number of Cabinet members to bare essentials and do away with Deputy Ministers.

2. Let the Ministries’ Directors-General report directly to the Cabinet/ PM.

3. UMNO presented no ultimatum to YAB Tan Sri Mahiaddin Yassin when they gave unconditional support to him forming the Perikatan Nasional led Government on 7th March 2020. It should be reciprocated.

4. The Deputy Prime Minister’s post (not provided in the Constitution) was not filled for 17 months until the previous premiership was on its deathbed in July of 2021.

5. Some crucial Ministers appointed by Mahiaddin from UMNO last year were NOT names submitted by the party’s leadership. Therefore the “list” provided today by PPBM to YAB Dato’ Sri Ismail Sabri does NOT have to be taken as biblical.

6. If at all the appointment of Deputy Prime Minister needs to be “entertained”, it should be given to the highest ranking qualified official in the PPBM after Mahiaddin, like Ismail Sabri is in UMNO. NOT any other force-fed name from that party.

7. A threat to this new administration will be looked upon by the Rakyat and His Majesty the YDPA as “trecherous” to the wellbeing of the nation.

8. Therefore,  it is unlikey that PPBM dares to withdraw support for the govt if the PM decides against complying with their demands.

9. Worst case scenarios if PPBM pulls out of the fold:  a) The opposition block Pakatan Harapan votes in confidence of the new PM in Parliament in compliance with the people’s request to heal the nation, or b) The YDPA refuses to entertain the continued political crisis and  disolves Parliament forcing a General Election in 60 days. In this event, PPBM will undoubtedly be punished severly by the voting public.

10. Conclusion: Dismiss any demands or forms of extortion by any party, form a Cabinet that can work with you (PM Ismail Sabri) and succeed in healing this nation OR, prepare to walk on eggshells having policies contradicted for the remainder of this term taking  UMNO/ BN down with you in GE15.