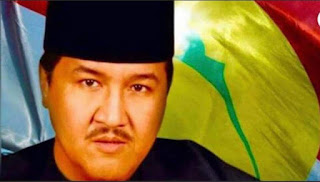 1. We had hoped that the recent UMNO General Assembly could iron out the wrinkles and creases within the party but the President failed to take advantage of the mandate the delegates were willing to give him on the final day.

2. Instead of instructing the Umno Ministers to immediately withdraw from the Cabinet, he gave them more room to use their powerful positions in government to further spread the “poison” among the grassroots which is slowly bending with the wind.  Now, the open war of words between leaders, and insubordination is becoming more rampant and hurting the party.

3. From my observation, on the current there are three factions within UMNO, which have contributed to the cracks within the party.

4. First, the faction backing the President on the notion that he was democratically elected and must be allowed to finish his term despite the bombardments he is getting at large, sometimes due to his own foolishness at the expense of the party.

5. For now, this faction is in the majority because of the party’s recent policy of not preferring to work with PPBM in the next General Elections.

6. Second, the faction supporting the Ministers, many of whom are inclined with working with PPBM in the next elections.

7. This faction is slowly growing in numbers because of the vast resources their masters have in their capacities as Cabinet members.

8. It should be reminded that within the top 8 positions in the party, ie, the President, Deputy and Vice Presidents (including the Wing Chiefs), only two are Cabinet members. They are Vice President Ismail Sabri and Women’s Chief Noraini Ahmad.

9. As such, the strength of the party is not centralised within the top brass, and that is the cause of the open insubordination that is being exhibited of late, slowly wedging the mass against each other.

10. And the third is the faction not necessarily in support of the President nor the Ministers, but UMNO itself.

11. This is the one seeking the party to hold its elections in accordance to the Constitution without further delay to restore order in UMNO.

12. We are of the opinion that UMNO MUST Hold Its Elections This Year As Required By The Constitution although there is a clause in it that allows the Supreme Council  to postpone party elections by 18 months.

13. This is in actual fact a conflict of interest as this would also mean that the Supreme Council members themselves get to remain in power for that same period of time.

15. In fact, we feel that it is wrong to seek the removal of a sitting President. If he is principled, he will step down on his own accord as nobly done by the responsible immediate past President, Dato’ Sri Mohd Najib Razak at the regret of most UMNO members today.

16. We can support the President until his term expires but the Disciplinary Committee MUST start taking action to restore order. This must essentially be done while the grassroots are still united and uncorrupted by those holding government positions with a different agenda.

17. Otherwise, we might as well just dissolve the Disciplinary Committee for being useless.

18. May God Help Us All In The 15th General Elections If The Same Incompetent People In UMNO Remain In Office After The Party Polls.

19. We Shall Then Deserve The Curse As A Consequence Of Our Own Actions.