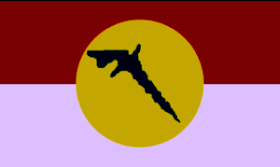 1. It’s been a long while since I wrote in this blog. Much have transpired since. Unfortunately not for the better under a weak leader.

2. Yes I’m speaking of my party UMNO which is like sailing without a rudder.

3. This began a year ago when we entered the Perikatan Nasional government with several UMNO MPs being elected to the Cabinet.

4. It was like an accident waiting to happen because naturally when push comes to shove, the UMNO MPs who are comfortably positioned in the Cabinet and GLCs would side with the government than their own party.

5. This is compounded with outrageous executive decisions made by our President like allowing UMNO MPs to support any party they wish (either from government or the Opposition).

6. Now it has come back to bite his own backside splitting the party almost in the middle. First with Annuar Musa and most recently with Shahidan Kassim challenging the leadership to “sack Perlis” for choosing to go against the decree of the “Supreme Council”.

7. It doesn’t help the party either, having a gutless set of Supreme Council members who can’t even enforce discipline among those who don’t follow party lines.

8. The Disciplinary Committee in turn won’t initiate any action either to advise the President nor to haul up anyone for blatant daylight insubordination unless there is a formal complaint submitted.

9. Now if one is made, their defence statement would definitely be to refer to the President’s earlier call allowing them to support whoever the they want to.

10. The top four branches of the party are the President’s office, the Supreme Council, the General Assembly which sits once a year representing the less than 3 million members, and the Disciplinary Committee.

11. In the case of party insubordination, the President will not likely act since it was his decision that has allowed the situatuon to come to this end.

12. The Supreme Council is weak and has difficulty to come to a consensus even through simple democratic means like deciding based on a majority vote.

13. The Disciplinary Committee won’t take action unless a complaint is initiated and will be futile if it later refers to the President’s office for guidance for obvious reasons.

14. We may appear doomed in the current situation with people at the top steering our party in different directions.

15. Our Only Salvation Now It Seems Is Left To Our Representatives At The Coming General Assembly, Putting A Stop To This Nonsense And Pressing On With The Resolution Devised From Our Divisional Meetings Nationwide Last Year.

16. Perhaps It Will Help To Inject Some Testosterone Into Some Of Our Leaders Who May Look Masculine But Have Evidently Lost Their “Drive”.