THE PARIAH VS THE PATRIOT

Grandstand commentators usually sound like they are better than the sportsmen they observe on the field. But when they are actually fielded or their expertise is put to the test either as player or coach, they suck big time!

This was the case with a football commentator on our local cable sports network who used to talk on TV like he was George Best on the field back in his day. On the contrary, he wasn’t worth the money I paid to watch Johor play when he featured as fullback.

Ironically, he obtained good credentials by winning medals when he played for Kuala Lumpur because of other outstanding star players who made his job easy.

Evidently, the gift of the gap always prevails over past performances left much to be desired.  Today he is Director of Football in an English team, which was recently relegated and owned by an Indian chicken meat processor.

That’s not too bad.

What’s worse today is that we have a two-bit politician who mocked the gallant effort put in by a true Patriot in the badminton finals of the Olympic last weekend. 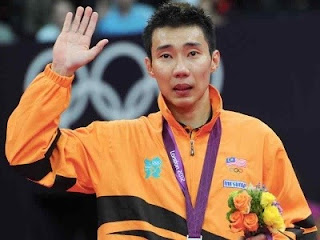 Datuk Lee Chong Wei put up the fight of his life while still nursing an ankle injury to keep the Malaysian flag flying. And it kept flying with pride even in defeat.

Chong Wei may have lost and being runner up naturally means he isn’t the winner. But he was the closest thing we had to a gold medal, fought tooth and nail and never gave up till the very end.

Most importantly, he brought 28 Million minus one attention-seeking politician citizen together, for a National cause. For that he should at least have our respect. He clearly earned it regardless of the outcome.

Attention seekers usually try to make headlines in times of adversity. It’s a shame that this particular retard sought the same by running down a true Patriot who has serve his Country well.

Manoharan MP certainly stands no chance with Lee Chong Wei on the badminton court.  But what’s funnier is if he gets whipped even in his own field of accidental politics in Kota Alam Shah, were Lee Chong Wei to decide to run in the coming elections.

There Lies The Difference Between A Pariah And A Patriot. 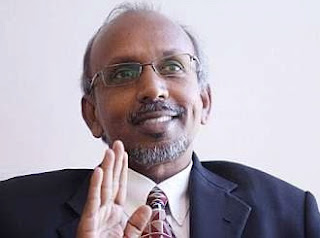 The Exchequer Of The DAP?

It’s Good To Know That The DAP Government In Penang Is Considering To Present Lee Chong Wei With RM100, 000 (Ringgit Malaysia: One Hundred Thousand Only).

They May Call It A Reward. But I Call It Compensation For Damages For Pain And Sufferings Of A Great Warrior And The One Nation Behind Him.

Manoharan Wrote The Cheque That DAP Just Had To Cash.