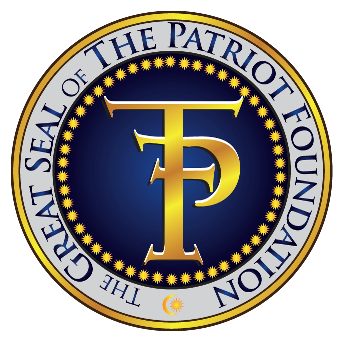 Salam YM Tengku
The aim of the march is to present the memo to the Agong. Is there any possibility for the palace to call the Bersih organisers in to do just that? Wouldn't this a better solution to avoid any unwanted clashes between the groups?
Surely Ambiga and company would not want to turn down a summon to the palace or would she?

In my eyes, this is a pathetic attempt to intimidate and threaten the patience of the “real rakyat”, the credibility of our police and the power of the institutions! Malaysians are too kind to entertain patients with symptomatic of a non compos mentis! Thousands of man-hours, under extraneous pressure and unnecessary disruptions of police duties are being put up just to accommodate such surreptitious ploy to mislead the rakyat, only to face obfuscate media that would orchestrate, condemn and flash unjustifiable pictures of our police at work. We cannot address protecting the rakyat without getting rid of in-coming assaults that would instigate tension, chaos, and destruction.

“We've got serious problems, and we need serious people.” ( quoting Michael Douglas from my favorite movie ) Yes, I agree with Cik Fauziah… stop all these “masquerading”… call the “non compos mentis” to the gate of the istana and hand over!

On another note!
Congratulations! on the birth of The Patriot Foundation. There is no doubt that the emergence of its imperium is directly attributed to a spirited leadership, brilliant foresight and forethought plus a strong sense of direction.

I’m sure the admiration for The Patriot Foundation’s accomplishments will soon be felt and shared by all of us in the “true patriot’s world” where we prove the skeptics wrong and accomplish what most said was impossible!

Salam,
I am reading reports claiming that Bersih 2.0 will be peaceful but who can actually guarantee that it will be? Would the Bersih 2.0 organisers be willing to be held accountable if any untoward incidents happen on that day? There were ample notices given by the organisers on the rally but the authorities did not act immediately to nip it in the bud. Now it has a life of it own. Things have also gotten out of hand.
It almost seemed that the authorities want this to go on.
Tell me I'm wrong.

Salam Cik Fauzish, I'm afraid His Majesty the King has to remain above this political situation and not get involved prematurely, though I think that if the memorandum reaches the Palace gate, the representative of the Lord Chamberlain will receive it on behalf of the Palace.

What I'd like to know is, which bright Ruler or King's representative in the former Straits Settlement including Sabah and Sarawak conferred the Dato'ship to this lady who clearly is ignorant with Palsce protocol and customs.

No show of force in a march is necessary when proper channels are open to get the attention of the Palace.

Blatant disrespect is shown to the Supreme Institution by doing this and she should be stripped of the title if the state ruler or King's representative who conferred it upon her had any self respect!

I thank you kindly for your participation in this space.

The government is allowing the gullible section of the rakyat their democratic right to break the law and face the consequence.

As it is, stern warning has been issued by the Royal Malaysian Police Force to those who want to continue with this illegal demonstration and if they are adamant in seeing it through then the preventive law will come into play without hesitation. I still believe the demonstration will not materialize thanks to the seriousness of the police force.

My only hope is for the Minister in charge to sign off on all the arrest made by the police and not go back on his word to leave it to the police to perform their duty.

Many share your sentiments but few are able to present it in such fine fashion while expressing utter disgust.

Yes, the Royal Malaysian Police are currently doing an exceptional job to ensure that this demonstration does not happen. I hope the minister in charge will not hesitate to sign off on all the arrests made or it will frustrate the effort by the protectors of our internal security and public order.

You have set a high bar for "The Foundation" to maintain with your generous words of praise and encouragement. We thank you for your support and for making the time to comment in The Patriot.