NEED WE SAY MORE ON THE CITIZENS OF JOHOR?

1. True loyalty and responsiblity was exhibited by the Johor Citizens in Labis when neither heavy rain nor high water could stop them from exercising their right to vote; Patriotism at its best.
2. 71% of the registered voters came out to perform thier responsibilities to the Nation under close to extreme conditions to the extent that they had to be transported via boats and other water vessels to and from their voting stations.
3. Naturally, Barisan Nasional won with 6699 votes against PAS' 2992, re-emphasizing the fact that Johor remains the bastion of the Malaysian Government of the day.
4. The 3,707 majority represented a 1,215 vote increase from the previous election under the failed Malay leadership of Abdullah Ahmad Badawi. 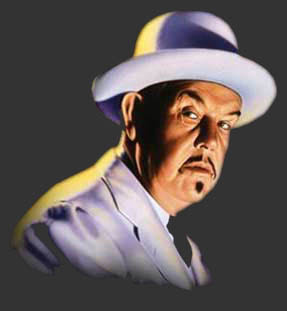 5. Though there was a slight increase in the Chinese votes for BN compared to the last election, there are still claims that the majority of them still voted the other way. If there is any merit to this claim then the MCA President didn't quite conquer his backyard, still very dependant on the Malay votes to carry even his son through, if his name is renominated for the 13th General Election.
6. Next on the scorecard will Be Merlimau.
7. While Tenang's Win Is Attributed To The Tradition In Johor To Back UMNO/ BN And Not On Anything Else, The Expected Win For BN In Merlimau Will Be Attributed To The Fine, Tireless And Superb Work Of Malaccs's Chief Minister, Mohd Ali Rustam.
Posted by TPJ at 12:18 AM

This is the difference when we have more and more pro BN bloggers to counter lies from the opposition
and at the same time cari cerita utk kenakan opposition pulak.
I must say the MC issue did have some impact on the result though without it ,BN will still win the Tenang seat handsomely.
U know why?because Tenang is in Johor and the people in Johor are wise people.Ini negeri tiang seri UMNO/BN lah..

All the best to you and Johor BN's leaders TPJ.

We must educate the voters and Rakyat to choose the candidates based on their service performances in their respective divisions and nothing but!

Since Johor was the first State to bring civilization and the use of the fork and spoon, not to mention giving birth to the World's longest serving Party to Peninsula Malaya, our rakyat should continue to show the rest of Asia on how to vote the right way.

Thank you for your participation.