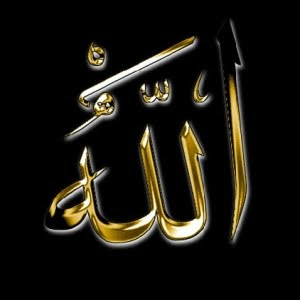 WHERE ARE THE CUSTODIANS OF THE ISLAMIC FAITH IN THIS COUNTRY?
After the Constitutional crisis under Prime Minister Mahathir Mohamed more than a decade ago, the State Rulers were only left among others with the powers pertaining to the Islamic Affairs and Malay Customs. They have the Rulers’ Conference twice in a year in Kuala Lumpur when things are all hunky dorie. When matters within their Highness’ jurisdiction are in serious question, the most rational and reasonable thing to do is to hold a Special Meeting to address the issue. Instead, some of the Rulers and Regents prefer to speak on Public Administration, Politics and the Law. One Regent is even busy disputing with his brother over powers of the Monarch in the State while the younger Prince almost caused a Diplomatic stir because of his inability to choose and control his foreign wife.
NON -TOLERANCE
The non-Muslim minority should realize that Muslim affairs are of top priority amongst the Malay majority in this country. When sensitive issues pertaining to the Malays and Islam are tested and stretched to the limit taking advantage of the soft nature of the natives, no one should be surprised when there is a serious backlash. It is only natural. When one bad thing starts to happen, it might spread nationwide and no matter what the authorities say, the safety of a certain section of the population may no longer be guaranteed in practice as is stated in Black and White under the Constitution.
The rule of thumb in living in a multi-racial Muslim majority country is that “Prevention is better than cure”. Remember THAT and we shall all live in peace. We needn’t have to be trained in Oxford to know that.
Posted by TPJ at 8:08 PM

This is indeed a test for the Muslims by Allah s.w.t.

I am surprise when certain Muslims give Indonesia as an example. Indonesia who officially has the largest number of Muslims in the whole world by numbers. But are they really?.

The tsunami is indeed a 'bala'. It is a corrupted country with corrupted people which results to poor people and we know that in Islam, if we are poor, we are more prone to Kufur.

And Allah will send a reminder to a nation before it is being perished.

I hope Malaysia will pass this test.