DAP Insult To Malacca - A Class Act That Beats Bollywood.

DAP Insult To Malacca - A Class Act That Beats Bollywood.

Posted by TPJ at 4:06 PM No comments: Links to this post 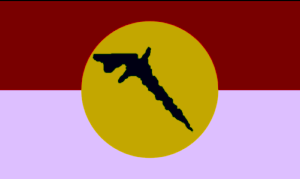 Posted by TPJ at 4:06 AM No comments: Links to this post

REVAMP OR BE DAMNED!

This maybe the most profound Ramadhan that our country has ever had as we face one of Allah’s greatest tests; not only for the victor and the vanquished but also to the people of Malaysia post the 14th General Election.

To the new government, we say congratulations. We wish only the best in the interest of the country.

This is your chance to show leadership in governance and that it is as easy to govern as it is to oppose.

To the vanquished, it should be a bitter lesson to never take the people for granted and let our heads be too big for our shoulders.

A total of 8 Ministers and 19 deputy Ministers lost their seats. Two Menteris Besar humiliatingly lost their states as well as their own seats. The rakyat not only precluded the party’s chosen candidates but almost unanimously rejected Barisan Nasional, the coalition that had been the ruling party for the past 60 years.

Members of the parties in the coalition, namely UMNO, must take a hard look at themselves and repent.

It is almost a crime the way UMNO leaders are acting now especially in treating their immediate past President Datuk Seri Najib Razak. The attendance at the recent UMNO’s special prayers was reflective of how they have become in character.

The hugs and kisses remain, not unlike sending a condemned man to the gas chamber, but he is on his own taking the responsibility over the outcome of the election.

But responsibility cannot be rested upon just one man’s shoulders. Rightfully, he had to go but those who were collectively responsible, namely the top three decision-makers, at the very least should follow his departure.

Zahid failed to act fast and right on the reports given to him by the intelligence agencies under his purview.

Tengku Adnan added fuel to the burning flame among the public with his damaging directives to the local councils and arrogant decisions on errant UMNO veterans.
Hishammuddin, the first cousin to the former Prime Minister who was openly known to be given the task to vet the candidates in this election, also failed miserably. Many believe the candidates were chosen to strengthen his position in the next party elections instead of focusing solely on winning the general elections.

By not offering his resignation concurrently with Najib, I question his loyalty to his own flesh and blood, who stood to lift him in the hierarchy of UMNO until today.

It is evident that accountability is something that is almost non-existent in UMNO today.

Instead of apologising for their mistakes they have the audacity to say to the members that this is not the time to point fingers and play the blame game. This is why there is no such thing as merit in the party. If we retain these failed leaders to continue leading us, then expect us to never see victory again.

Where is the "collective responsibility" that was so nobly mentioned by the Youth Chief Khairy Jamaluddin? Before his AirAsia’s Tony Fernandes-like confession, many were looking to this Brigadier General to lead the new pack in UMNO. Alas, he allegedly confessed that he knew the real situation but opted to mislead Najib into thinking that all was fine and dandy almost dragging the whole party into the grave with him.

Perception rules the political scene in this era and, in that respect, the ineffective Wanita chief too should resign considering the scandals have held her back from aggressively campaigning to defend BN from the vicious attacks by her predecessor during the election run.
The ministers and deputy ministers, who have failed to win their seats despite the umpteen government agencies and financial resources available to them, should also give way to new blood.
So too the two MBs who lost their states humiliatingly especially in Johor where he even failed to become opposition leader in the Assembly.

Disloyalty and lip service are the worst attributes a leader could have. We must do away with such leaders or face the death of our party even sooner than expected.

We too have a team of eminent persons to guide us forth.  The current three mentioned above are certainly not our last hope. On the contrary, they represent no hope as we are losing the confidence of even our own members on a daily basis.

To the nation, we must be ready to adapt perhaps to changes to the liberties we once enjoyed but must sacrifice to see this country get back on track.

“Total Cleansing” of the Party must take place now if we are to regroup and rise as a clean and formidable opposition entity.

Revamp or be damned. If the truth was ever denied to the former President of UMNO by his close confidants, let THIS truth be loud and clear to the failed leaders by party loyalists on the ground.

WORMS COMING OUT OF THE WOODWORKS

There could be no love lost between Robert Kuok and the government possibly due to an unpleasant policy putting his corporate outfit out of an advantage it enjoyed for decades. There were also excerpts in his book that may not have gone down well with local politicians.
Recently there have been outbursts against the tycoon for allegedly funding DAP to unseat the Government.
Whether true or not, there are avenues for the billionaire to seek remedy and, for slander or libel, his remedy could prove to be a fatal poison to the aggressor.
Logic dictates too that if there is no concrete evidence one would be out of his mind to take this man to task with such blistering statements.
One thing good however has come out of this on the brink of the general elections. We finally get to see who is wearing the sheep skin among the herd of the BN coalition.
We are at the brink of war and anyone who funds our enemy IS our enemy.
An MCA spokesperson said that “ "Robert Kuok as a businessman has every right to support whichever political party he deems fit.”
Conversely, politicians too have every right to curse the money that supports their opponents.
No one is untouchable in Malaysia and if MCA makes a fuss over the onslaught on Kuok not because of its offensiveness to the Malaysian but just because he is a Chinese tycoon, then we can witness the racist antics of this party.
MCA doesn’t have to worry about statements made by UMNO leaders that might hurt feelings of the Chinese effecting BN’s performance in the coming elections. They might do better instead by getting off their backsides and start contributing to the preparations of the BN machinery.
In Johor, MCA was the only party that didn’t submit their numbers from their groundwork to the State BN for analysis. Instead they keep on giving positive percentages plucked from the sky without justification.
It was also reported by a newsportal that Ong Ka Chuan “urged DAP parliamentary leader Lim Kit Siang to train his guns on Umno leaders, Raja Petra and not MCA, if he was unhappy with the attacks against Kuok”
This shows their readiness to be subservient to the chauvinist opposition party while breaking ranks with the ruling coalition.
I Hope The Good Prime Minister Will Take Cognisance Of This And Ensure That No Cabinet Seats Are Again Wasted On Them If They Further Fail To Win Their Seats Which By The Way, Was Won On The Backs Of Malay Voters!
Posted by TPJ at 12:02 AM No comments: Links to this post

Recently there have been fast and loose statements be it from the stage as well as in the streets on how low it is for graduates to trade in nasi lemak and drive uber and the likes.

We should be proud that we are seeing resilience in our graduates today who are able to adapt with the times and situation of the country instead of sulking at home blaming the world like in the past. 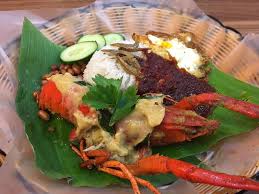 Creative Minds Drive This Nation. And Yes, Some Are Driven In An Uber!

According to Tun Mahathir, there is no University that teaches a person to trade in nasi lemak or drive uber.

Likewise I say there is no university that specifically teaches one to be Prime Minister of Malaysia, which is the only profession in the country that offers only one job. Yet, he became one for 22 years.

Universities don't teach nor guarantee the graduates employment. They teach them how to survive and thrive in life. Of course it helps in opening doors for interviews. But beyond that, it is up to the resilience and entrepreneurial skills of the candidates to land the job.

Only those who can adapt in life will make the cut in this fast changing world. Sometimes one has to take a few steps back to survive but live to fight another day. But if you surrender and sulk for not getting the job you want and think you're qualified for, then there is no hope for our future.

Case in point, Tan Sri Muhyiddin Yassin should rightly  be the candidate for shadow Prime Minister. He has youth, is a known fighter who stuck to his guns, and has experience in today's world of politics. Yet he stepped back to allow a super senior veteran to take the pole despite being qualified.

Muhyiddin here is like the graduate nasi lemak seller who can't get the job he wants but has to adapt. Applaud him for his sacrifice and resilience. Don't chastise him.

For the nasi lemak and uber graduates, at least they can pay their bills and still keep something on the side while temporarily being out of the job market.

They don't have Prime Minister fathers in the position to give out billion dollar contracts to make them multi-millionaires. So adapt they must.