YOUR ROYAL HIGHNESS, WHERE WAS THE NATIONAL ANTHEM? 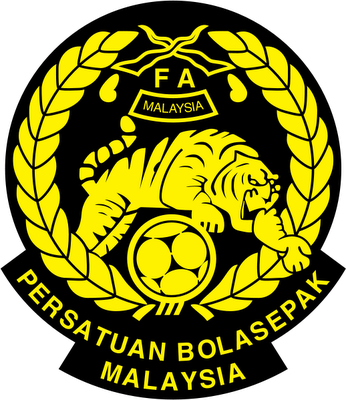 I attended a friendly match between Malaysia with a Barclays’ Premier League team for the first time ever last Saturday with close friends at Bukit Jalil. I picked the game against Liverpool because I thought between the three visiting English teams which came to Malaysia, this was the team that we had the best chance of scoring against. I was right. We were entertained with 9 goals in between them.

Perhaps more than the match itself, I was looking forward to the beginning of the event hoping to hear the MC declare, “Ladies and gentlemen, please rise for the national anthem”, then experience the 70,000 packed Stadium gyrate with the singing of the Negaraku. I was totally flabbergasted when it didn’t happen. On the contrary, the Liverpool anthem was played over and over again with Malaysians from all walks of life in their proud red shirts singing at the top of their lungs in loyalty.

First I asked who’s jurisdiction it was under, whether the FAM or Stadium Board. I was told that it was under the FAM’s purview.

We can understand why the Great Britain’s national anthem didn’t have to be observed as Liverpool and other clubs visiting us were not representing England.

What people especially the FAM should realize is that the Negaraku was not to be played to represent the National team playing in the friendly match, but it must be played because the game was held on Malaysian soil and should be observed by everyone in attendance at the beginning of any sports event.

The game could have been played by Bangladesh and Nepal for all I care but it is Paramount that the Negaraku be played at the beginning. Will the FAM take responsibility on this matter or remain stubborn stemming on technicalities?

The Malaysian government advocating 1Malaysia should take notice that we FAILED to take advantage to unite the Malaysians in patriotism under our anthem when there were 70,000 spectators under one roof! They were patriotic nonetheless but it would have raised the bar a little higher having willing citizens sing the national anthem in arms. I was told it was not done at the Arsenal match either!

If the FAM officials were ignorant, is there not a sports ministry representative on the board to provide counsel on the matters of the nation and the government’s pure agenda?

Where there is lack of Patriotism that is when we pleasure the malicious aliens in destroying the fabric of our Nation.

Patriot(ism) is not what is printed on our red shirts to illegally counter another illegal march! It must be instilled in the citizens whom I’m sure were more than proud to sing the Negaraku despite being in their Liverpool shirts, but they were never given a chance! Instead, the overzealous MC in the commentary box encouraged the spectators further to butter-up the visiting English team, (general trait of local traitors favouring Colonialist in the history of this nation) by playing their club anthem no less than
8 times throughout the afternoon.

The government shouldn’t blame the Rakyat when they appear less patriotic like on July 9th! We should blame ourselves for our lack of awareness and taking things for granted.

In The Same Breath, As An Ardent Fan Of The Malaysian Football Team And A Genuine Patriot, I Respectfully Ask His Royal Highness Sultan Ahmad Shah, President of The Football Association Of Malaysia, Why Isn’t The Negaraku Observed Before Every Game Tuanku?

His Majesty The King

The following is the Official Statement of His Majesty The Yang di-Pertuan Agong Tuanku Mizan Zainal Abidin issued by the Istana Negara in its originality:


Below is the translated full text of His Majesty's statement:

"I am following closely the developments of the proposed gathering and procession by Bersih with the aim of handing over a memorandum to me as the Yang di-Pertuan Agong, and how the Government, particularly the agencies and departments concerned, is handling the issue.

However, I believe that the nation's leadership under Dato' Sri Mohd Najib Razak is capable of handling this problem in the best possible way.

I urge that amid the political fervour of a section of the people to bolster democracy in our country, it must also be ensured that this demand on democracy does not bring destruction to the country.

Generally, we cannot be following too much the practices in other countries, as harmony and stability are vital foundations for a country and which all quarters must protect.

I also urge the Government to carry out everything that is entrusted to it by the people in a just and wise manner, and it is important that I, as the Yang di-Pertuan Agong, do not want to see this country with a plural society in a situation where there is animosity among them or a section of the people being enemies with the Government, on whatever grounds.

When any problem arises, we as a civilised society must resolve it through consultations and not follow our emotions, as the Malay saying goes Yang dikejar tak dapat yang dikendong berciciran (Not getting what we chase for and spilling what we carry).

The fact is, street demonstrations bring more bad than good although the original intention is good. Instead, we should focus on our main objective to develop this country, and not create problems that will cause the country to lag behind.

Remember that there is no land where the rain does not fall, there is no ocean that is not turbulent. That is how important moderation and compromise is, which has been long in practice by our nation's administration.”