ALL FOR ONE AND ONE FOR ALL WITH NAJIB RAZAK 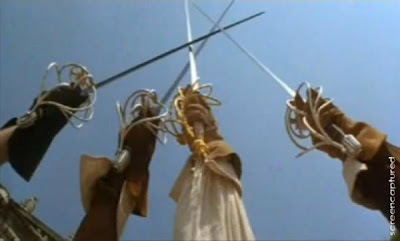 No, Najib Razak is not one of the Musketeers though he can be called the Captain of his army, which in this case is the Barisan Nasional, and they WILL fight together!

It is a common culture in this region of Asia and I dare say even in Africa that when a person predicts a near accurate account of a certain state of affairs, he’d be referred to again for his “premonitions” and “clairvoyance”. More often than not, it’s taken as Gospel.

Tun Daim Zainuddin is the highly regarded financial wizard of Kuala Lumpur. He was called to the English Bar at 21 and began his early life as a Magistrate, before becoming the President of the Sessions Court in Johor and subsequently, Deputy Public Prosecutor in Perak.

A well-read gentleman, he gave up law in 1969 to venture into the world of business. He was appointed Senator in 1980, nominated and ran in the 1982 general elections and became a Finance Minister twice; first in 1984 straightening out the financial system of the country, and again in 1997 when the financial crisis swept through Asia.

Arguably the greatest tribute showered upon him was by the late Tan Sri Zain Azraai, the former Secretary General of the Finance Ministry and later Malaysian Ambassador to Washington, who described him as “an extraordinary man, a firm man, who came quietly to take over the Finance Ministry, did a splendid job, then left quietly.”

Prior to the 12th General Elections, Daim “quietly” predicted BN’s loss of 5 States on the back of a major landslide victory for BN in 2004. Not many people knew about it and those who did, didn’t even take much notice. He was spot on!


Today, what seemed “quiet” before is becoming louder than thunder and more frequently, running up to the 13th General Elections. 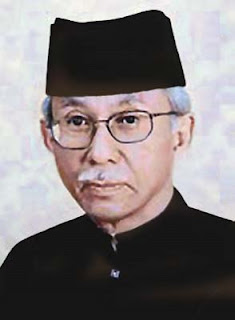 Two weeks ago, he gave high marks for Najib’s leadership and his readiness to bring the country forward. Recently, he was reported to have said that if Najib fails to improve on the number of seats won from the last time, UMNO would naturally oust him. He may be right although I wouldn’t put my money on it since it is naturally difficult to pay for the sins of others. UMNO members, more than anyone else, should understand that fact.

Statistically after having considered the internal affairs of the opposition parties, I doubt if they can take the Federal government although I’d throw in an exclusion clause that winning a 2/3 majority is also difficult though not impossible.

Looking from all angles, Najib is the best friend this multiracial country has at this point in time. He is the hardest working politician, backed by an earnest deputy covering all corners of the country with a sore throat keeping promises made and pre-delivering on other services even though they were never pledged by BN before.

Equally hard working for the Rakyat through BN albeit in the background is a man who has done wonders for the country in the United States of America and was called back temporarily for his strategic acumen and unselfishness to the Capital, Dr Jamaluddin Jarjis.

Having looked at the numbers and situation in the political parties concerned, the Rakyat should have the good sense to pull this one through for their favourite politician right now to avoid a predicted change in leadership in UMNO.

The whole nation already knows of Najib’s BN manifesto including the transformation planned and successfully executed in just 2 years, 11 months and 18 days as at this date in office.

Giving a comfortable mandate to the Prime Minister would enable him to choose his own dynamic team and respectfully phase out the inheritance from his predecessor. His new team will confidently propel this nation to greater frontiers in a shorter span of time with only the health of the nation to think about instead of never-ending politics.

If we win, but not handsomely, and Daim’s premonition comes true with Najib being asked to leave prematurely, we won’t necessarily witness a smooth transition seeing Tan Sri Muhyiddin Yassin, whom many are also comfortable with having seen his cards on the table, slide into the PM’s seat with ease. On the contrary, we might experience an even vicious battle for the leadership not guaranteeing whether an Angel or the Devil will appear to lead the Country in the aftermath.

I don’t think the country would like to gamble on that. I don’t even think UMNO members dare to dream beyond Najib and Muhyiddin for now as far as party leadership is concerned.

In short, all Malaysia, be it in UMNO, BN and even the Rakyat at large should work hard to give this seasoned and longest serving “through the mill” politician a chance to bring us forward and in one piece, if not for Party affiliations, but for the Country.

The Rakyat needs to see this happen to avoid an “irreversible mistake” and have UMNO pick the wrong choice as Prime Minister of Malaysia, if it’s not Najib or Muhyiddin. More importantly, UMNO and Barisan Nasional need this to ensure their longevity in service in the ruling Government. We will never recover if we lose this nation to the opposition, and if that happens, Malaysia too, with bad government, will fall into the doldrums.

If In The Beginning We Borrowed The Title From The “Three Musketeers”, We Must Finish It With Another From “The First Knight”, Where All Are United In Rank And Loyalty To The Country But Najib Is First Among Equals. 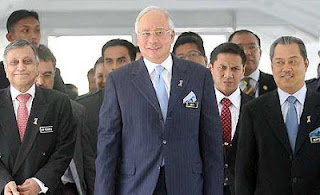 The First Knight Among Equals

And As This Ultimate Mother Of All Battles Will Determine The Mortality Of UMNO And The Barisan Nasional, Nay, The Continued Health And Well-being Of This Nation, It Is Incumbent Upon Us All To Work As One To Stay Politically Alive As We Know With The Fullest Conviction, That We ARE The Best Servants To The Rakyat.

To All The Members Of The BN Coalition, Let Us Pledge A Code To Our Leader Najib Razak From Now And Beyond The Day Of The Rakyat’s Judgement Upon Us. Alas, There Will Be No Resurrection For Our Demise!

“Brother To Brother, Yours In Life And Death.”

Salam TPJ
I'm just wondering why only the PM and DPM are going on the rounds. Why aren't the Ministers and other party leaders doing the same?
Aren't they supposed to be assisting the PM and the DPM in meeting the people and explaining the government's vision and programmes?
And yet, they are the very people who want to be re-nominated in the next general election!

1. It would be a disadvantage for BN if some of the unpopular Ministers were to do the same and get rejected.

2. It's best if they concentrate on their constituencies and ensure that they win at home.

3. I think the focus should be on Najib and Muhyiddin because they are less in liability for the party.

4. At best right now we want the Rakyat to vote BN based on their faith and trust in Najib and Muhyiddin's leadership. Once Najib is given the comfortable mandate, he will make the necessary changes to serve the rakyat better.

5. For now till the elections, it's good politics to leave the baggage behind and travel light, if you catch my drift.

6. In States like Selangor, we are witnessing current and former Ministers and an ex MB working double -time to win the state back earnestly. I have never seen such determination and a high work-rate such as this before which is a good sign. My heart would bleed for them if they don't succeed.

7. Many may want to be nominated and/ or re-nominated, but the Prime Minister and his deputy to an extent will choose the best possible candidate after a serious evaluation process.

8. We will have the best team to lead us through. All we ask is for the Rakyat to put their faith in Najib. If they could do so for his predecessor, after taking over for three years as Prime Minister, I'm sure the rakyat has seen the comparison and proof in his qualities enabling them to give this gentleman at least one chance to shine us further.